Wife Tases Husband After Catching Him With Girlfriend at Nightclub 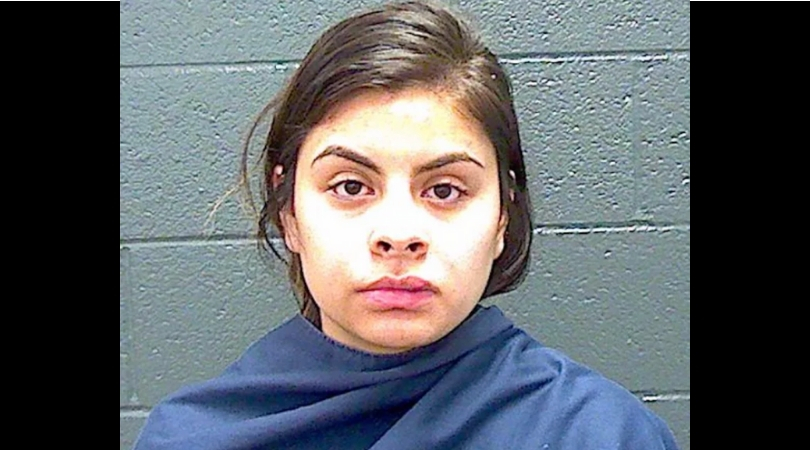 Listen up ladies, time to start a GoFundMe page to pay this woman?s bail, because she did what she needed to do. Period! 24-year-old Irlanda Parra from Wichita Falls was arrested and charged with tasting her husband after police stated she went looking for him and found him at a nightspot with his girlfriend. Parra was charged with assault family violence.

According to authorities, police were called by the victim at Jefe?s restaurant, which operates as a nightclub on the weekend. The man stated Parra was his child?s mother and she was in the parking lot armed with a taser. Officers said when they arrived, several people were arguing and a gold car was attempting to leave the parking lot.

As officers stopped the car, the angry wife told them she came to pick up her husband, and that his girlfriend and her friends were trying to ?jump her.? That?s when she decided to pull out the taser and pointed it at them.

I can’t find the problem hell I think he got off easy because I’d light Vic Wilson ass on fire 🔥 https://t.co/Tdk6LyD9hN

But, according to authorities, Parra had first said her husband called her to come get him, but later had changed it to a friend had told her that her husband was at the club with another woman. So, trying to catch him in the act and fixing matters into her own hands, she went to confront them. As any wife would in this situation.

Police stated the man told them that he was trying to leave with his girlfriend when Parra arrived and blocked the vehicle in. Parra then allegedly got out of her car and began trying to tase both him and his mistress, and showed officers his hand where he was red from the tase.

Eyewitnesses did confirm to the officers that the Wichita Falls woman was attempting to tase several people in the lot. So, she was charged with assault causing bodily injury family violence and was booked into jail on a $2,000 bond.

Now, should this woman have tased him? Okay, probably not, she might have taken it a little bit too far. BUT, this man, who is her husband, was with his GIRLFRIEND. I mean…hello? Wouldn?t you want to tase your cheating husband too? He’s the one who should be arrested.