Ivana Trump claims she raised her children on her own: “Donald was always busy and making the deals” 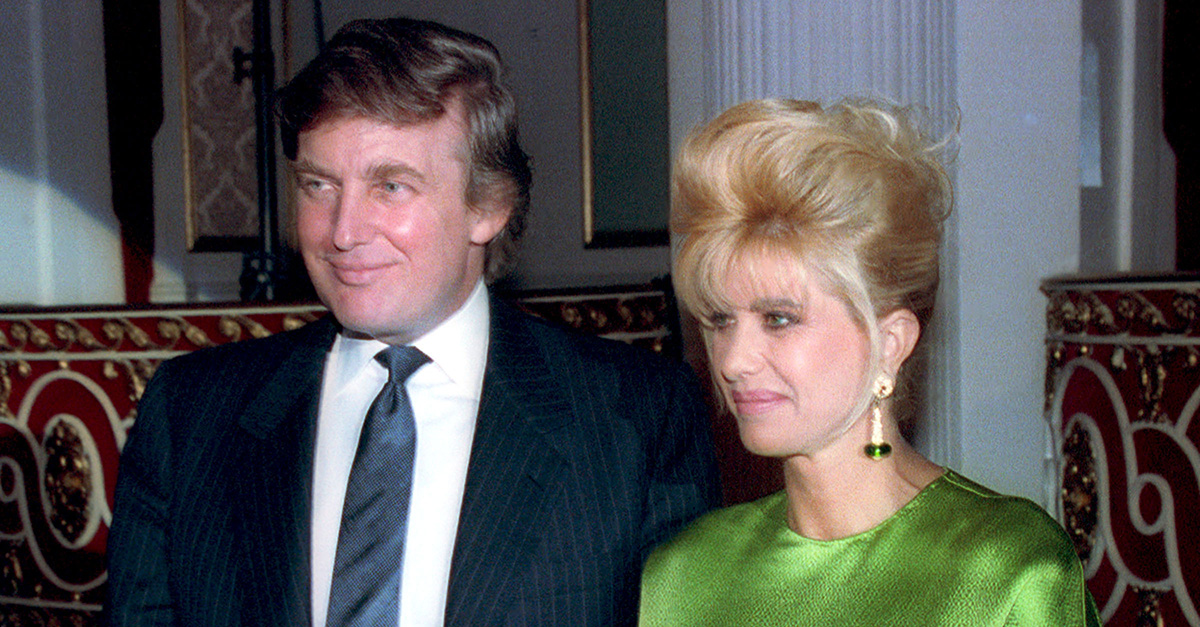 AP Photo/Luis Ribeiro
Donald Trump, left, and his ex-wife, Ivana Trump stand together at a reception prior to the Hotel Industry Annual Candlelight Gala held at New York's Plaza Hotel, Tues., April 9, 1991. Trump announced plans earlier in the day to convert most of the Plaza Hotel into luxury condominiums, a move that could cost Ivana her job running the hotel. (AP Photo/Luis Ribeiro)

President Donald Trump’s first wife, Ivana Trump, is claiming that she raised the couple’s children on her “own.”

During an interview with John Catsimatidis, Trump said she made all the decisions when it came to the couple’s three children, Ivanka, Donald Jr., and Eric.

“I told Donald, ‘There can only be one chef in the kitchen.’ And it was me. So I made all the decisions about the schooling, after-school activities,” Mrs. Trump said during an interview on “The Cats Roundtable.” “I raised them on my own because Donald was always busy and making the deals.”

She added that the future president didn’t know how to connect with his kids until they were in university and able to talk business.

RELATED: Ivanka Trump comes to her little brother Barron’s defense in the face of online attacks

“He was not the kind of father who would take them to Central Park in the stroller or play games with them. He did not know how to speak the children’s language. He was not able to do it until the kids were in university. He could speak business with them,” Trump said.

She continued: “When the kids were 21 years old, I said, ‘Here’s the final product. Now it is your job to continue.’”

The president’s former wife also talked about his presidential ambition years before he ran for office, saying that he wanted to run in the ’90s but that their nasty divorce swayed the public’s opinion of him.

“He was playing with the idea of becoming President, then but then we got the divorce. And that was the scandal. American women — they loved me and hated Donald. So he would never really win. He would never get their vote,” she said. But, now that he’s president, she thinks he’s doing a “very good job.”