The pair stopped by the Supreme Court of the United States, invited there by Justice Anthony Kennedy.

Arabella & me at the Supreme Court today. I'm grateful for the opportunity to teach her about the judicial system in our country firsthand. pic.twitter.com/1YXHyZ9ADZ

“I’m grateful for the opportunity to teach her about the judicial system in our country firsthand,” Trump captioned in a picture she tweeted.

RELATED: Ivanka Trump speaks out after a rise of anti-Semitic acts across the country

The pair was said to have listened to oral arguments in Kindred Nursing Centers v. Clark (explained here and here).

Trump and her daughter walked past a school group on their way down the steps.

So cute school children gathered to pose on Scotus steps after args Had no idea Ivanka Trump walking right by pic.twitter.com/Da5nn0AcyD 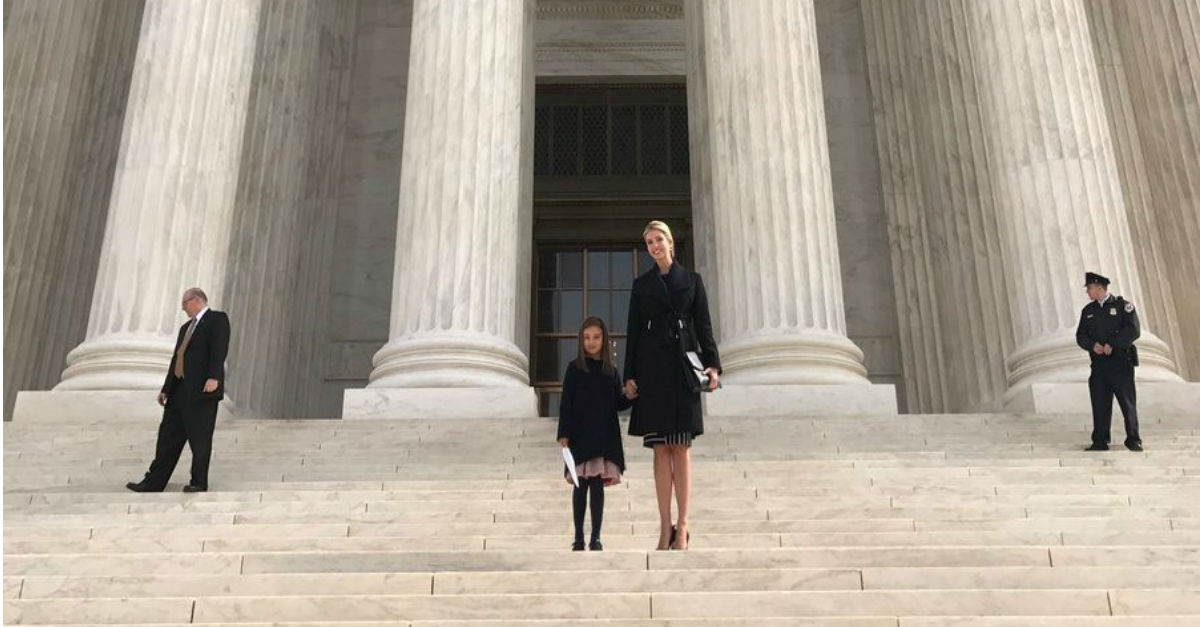