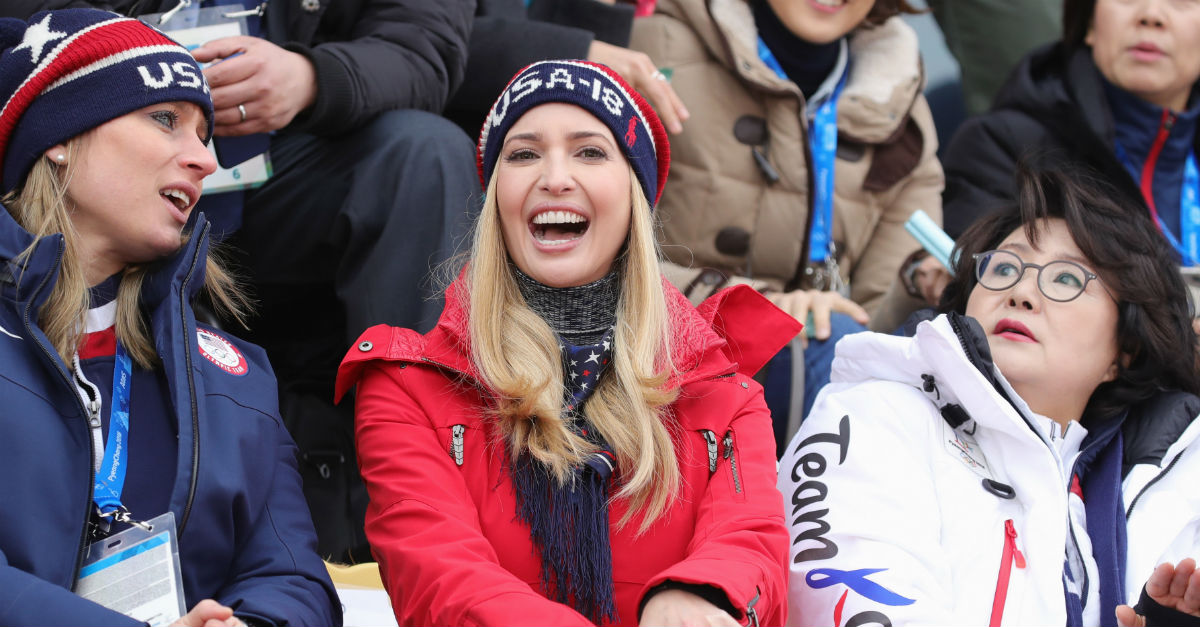 Ivanka Trump arrived at the Olympics in style Friday, decked out in a red snowsuit and flashing a heart to the South Korean crowd.

RELATED: Here is the frantic call that one concerned woman made to the FBI about Florida shooter Nikolas Cruz

Trump was joined by White House Press Secretary Sarah Huckabee Sanders on the Olympic voyage, and after a brief dinner with South Korean President Moon Jae-in, the first daughter went to the course to watch the American snowboarders.

Ivanka Trump is cheering on the competitors in the men's snowboarding big air final at the #WinterOlympics (Photo by AFP/Getty Images) pic.twitter.com/uikp3YRy4I

@IvankaTrump, gold medal winner for standing out in a crowd. pic.twitter.com/AKxHilSujE

Ivanka watched the big air snowboarding competition at the games as the U.S.’s Kyle Mack notched a silver medal. The first daughter will lead the closing delegation at the Olympics on Sunday.

While the winter games have had their fair share of excitement on the ice (including the USA’s first ever gold medal in curling), the games have also been a test of the diplomatic skills of Trump’s administration. The games opened with Vice President Pence in the stands sitting only feet away from the sister of North Korean dictator Kim Jong-un.