Ivanka Trump took a hit a few weeks ago when Nordstrom, Nieman Marcus, Burlington and a number of other department stores stated that they were not going to continue carrying her line of shoes. President Trump shot back with a tweet claiming that Nordstrom treated his daughter “so unfairly.” That was followed by left-leaning pundits claiming that he broke ethics laws and his surrogates stating that he was only protecting his family.

Nordstrom quickly came under attack from Trump supporters who started a #BoycottNordstrom campaign. The company defended themselves by saying that Ivanka’s clothes and shoes just weren’t selling. The Wall Street Journal reported that sales of the first daughter’s brand fell 32 percent even though the store enjoyed successful sales.

RELATED: Ivanka Trump speaks out after a rise of anti-Semetic acts across the country

However, it seems that Ivanka may have gotten the last laugh, as her shoes claimed the #4 and #10 spots on Amazon’s list of “best-selling women’s pumps.” 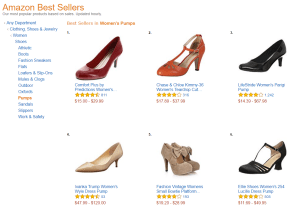 RELATED: Ivanka Trump’s brand could be on the upswing after her perfume made Amazon’s best-seller list

Similarly, on Bloomingdales’ website, the “Katie Pointed Toe Pumps” were the #10 best-seller, beating out a popular style in Sarah Jessica Parker’s line. On Amazon’s list of “best-selling perfumes & fragrances,” Trump’s products enjoy the #1 and #3 spot.

In an era when brands like Under Armour, Uber and Nordstrom have found that it can be dangerous to wade into the political arena, it seems that, if nothing else, online retailers are finding success in staying clear of politics that have influenced the brick and mortar stores. Ivanka has found herself in a number of political situations, including sitting in with her father on talks with world leaders, and last week she tweeted a photo of herself seated at the Oval Office desk with her father and Canadian Prime Minister Justin Trudeau.

A great discussion with two world leaders about the importance of women having a seat at the table! 🇺🇸🇨🇦 pic.twitter.com/AtiSiOoho0 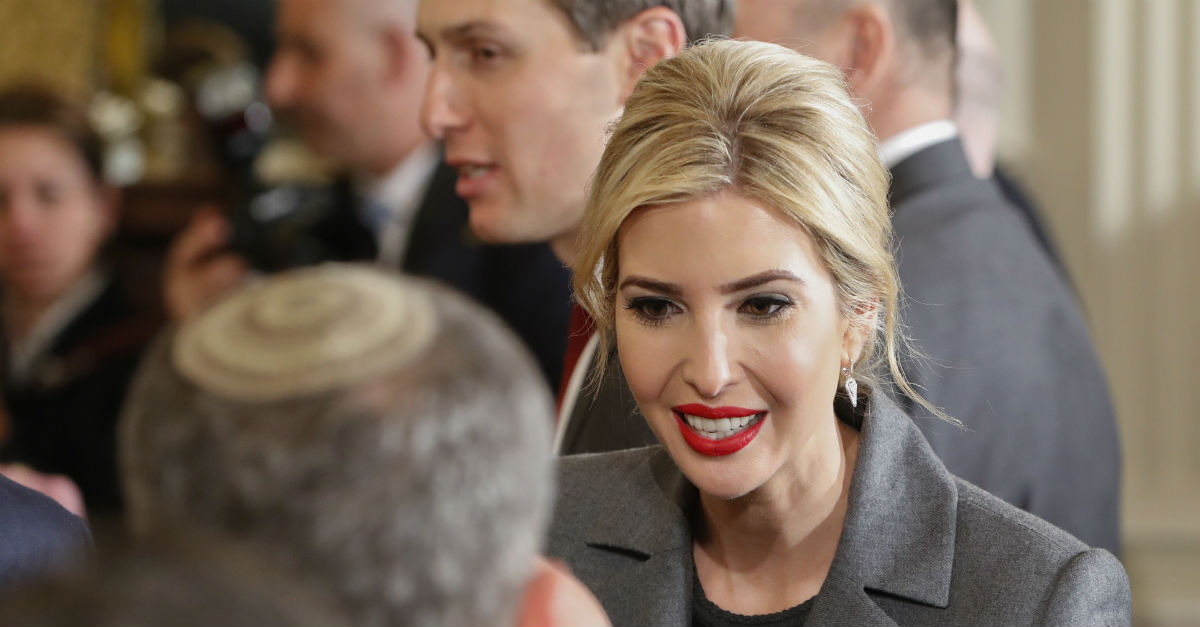