Ivanka Trump is reportedly disagreeing with her father on the plight of Syrian refugees, saying in an interview Tuesday that the United States might need to open its borders to refugees. Her statement is an unusual public shift away from her father’s positions.

According to The New York Times, her comments caused a “scramble” at the White House to figure out a way to deal with the first daughter’s obvious and outspoken shift from President Donald Trump’s agenda, including the two very controversial executive orders banning refugees and travelers from seven then six nations, both of which were ultimately shut down by federal judges.

“That has to be part of the discussion. But that’s not going to be enough in and of itself,” she replied after being asked whether or not the borders should be open to more Syrian refugees.

RELATED: Merriam-Webster defined “complicit” for Ivanka Trump after she said she didn’t know what it meant

Ms. Trump has been seen by many as a moderating voice to President Trump behind closed doors, but she has rarely spoken out publicly against her father’s agenda. Her choice to stay publicly silent as her father implements his controversial agenda has opened her up to criticism from those who saw her as a small glimmer of hope in the White House.

“Saturday Night Live” even created a skit where they showed the first daughter hawking a perfume called “Complicit,” which was an obvious dig at her choice not to speak out against her father.

During an interview on CBS, Gayle King asked Trump if she thought she was complicit, to which she responded, “If being complicit is wanting to, is wanting to be a force of good and to make a positive impact, then I’m complicit.”

Her comments on Syrian refugees, which may be seen as a positive from President Trump’s critics, were met with ire from the right, including one of the president’s biggest cheerleaders, “InfoWars” host Alex Jones.

Jones wrote in a blog post Thursday that “we did not elect her” and that “Ivanka Trump’s policies are sounding a lot like Hillary Clinton, and we didn’t want Clinton in the White House.” 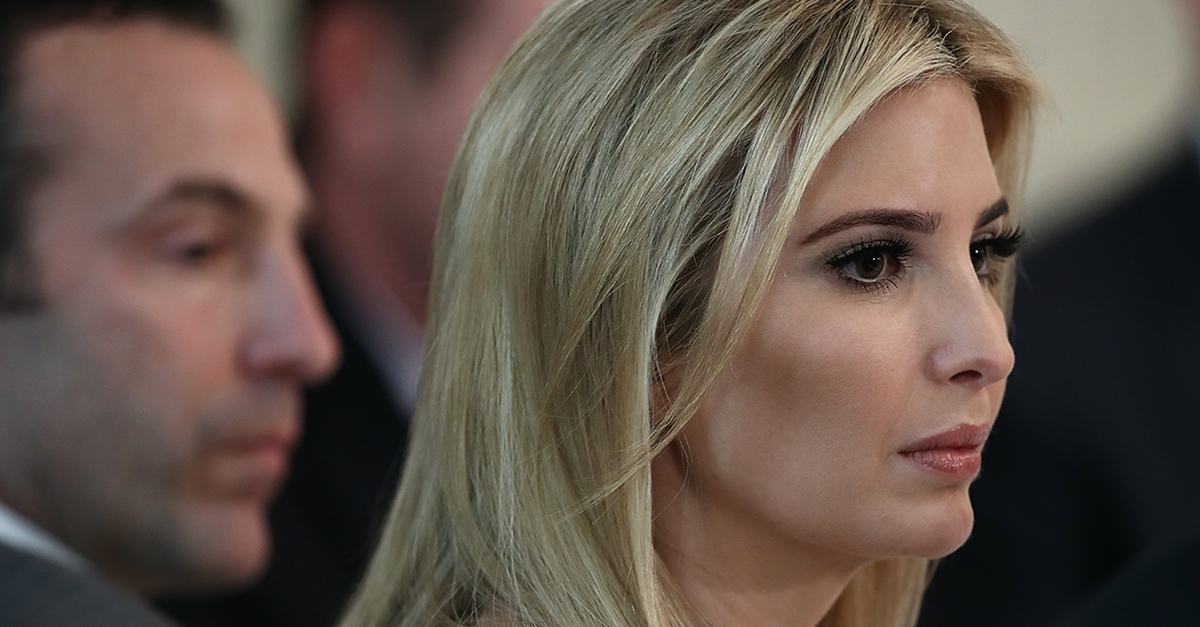