Jake Tapper is calling out Ivanka Trump for her stance on the citizens of Syria following the United States’ retaliatory airstrike.

After the horrific sarin gas attack against Syria’s citizens Tuesday, which killed over 100 and injured at least 300, the United States conducted a successful airstrike against Shayrat air base late Thursday evening.

On Friday, following the airstrike, Trump took to Twitter to praise her father, President Donald Trump, for the airstrike, writing, “The times we are living in call for difficult decisions – Proud of my father for refusing to accept these horrendous crimes against humanity.”

The times we are living in call for difficult decisions – Proud of my father for refusing to accept these horrendous crimes against humanity https://t.co/yV0oJuC9dE

RELATED: On “Real Time with Bill Maher,” Jake Tapper revealed the reason why he hasn’t held back in his coverage of President Trump

Trump’s tweet did not sit well with “The Lead” host, so he replied, “How do you feel about his proposed ban on Syrian refugees from entering the US? Do you see any disconnect there at all? Thanks”

How do you feel about his proposed ban on Syrian refugees from entering the US? Do you see any disconnect there at all? Thanks

Some of Trump’s supporters didn’t take kindly to him calling her out so bluntly, with one supporter even accusing him of being an “internet troll.”

hey Mr. Tapper. There is a clear dividing line between news reporter and internet troll. And you just crossed.

Tapper responded that he was asking a “sincere question” to a senior White House adviser.

No, it's a sincere question to a senior WH adviser on Twitter. I'd love to ask her in an interview of course.

President Donald Trump’s response to the Syrian chemical attack stands in stark contrast to his original stance on Syrian citizens. When he was campaigning, he said he would send back Syrian refugees, and his original travel ban executive order banned Syrian refugees from entering the United States indefinitely. During a press conference at his Palm Beach, Florida, resort Thursday, Trump said, in response to the Syrian attack, that “No child of God should ever suffer such horror.” 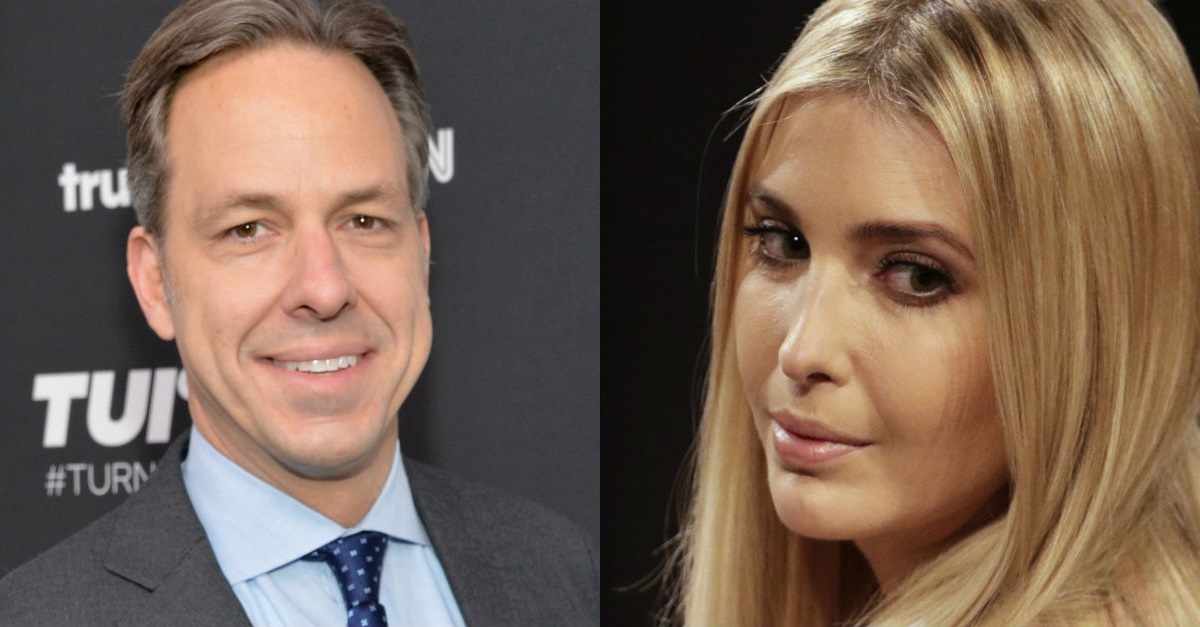