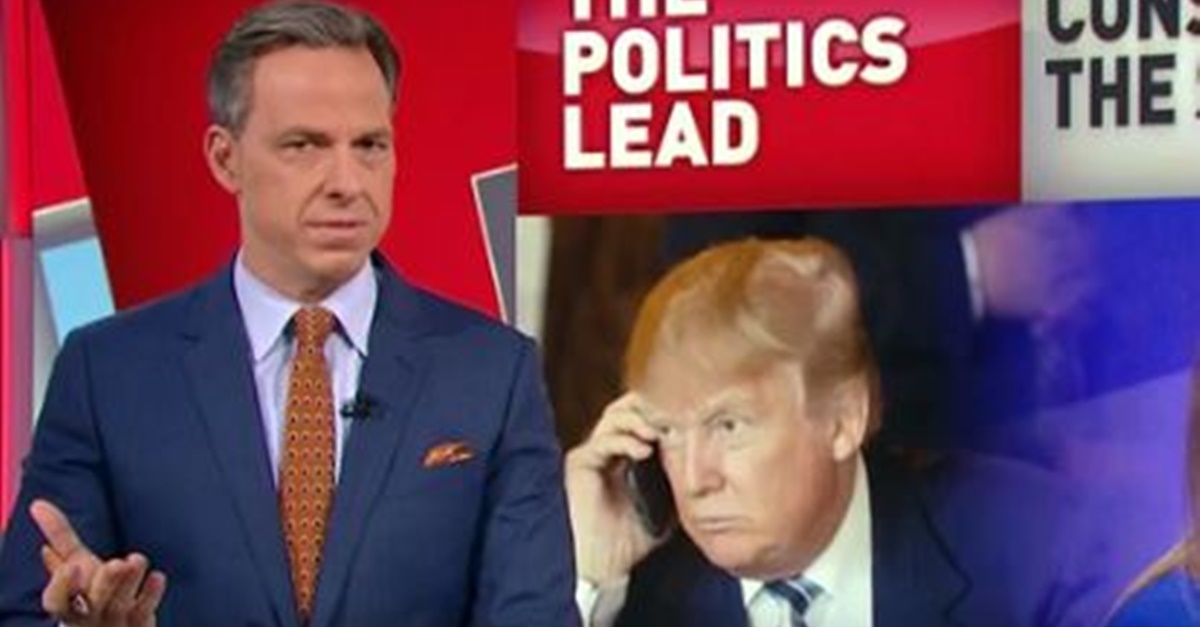 As promised, on July 30, Lara gave the first “real news” segment on his Facebook page that featured nothing but positive news about the president. The following Sunday, former CNN contributor Kayleigh McEnany gave the “News of the Week” update from Trump’s Facebook page.

RELATED: Sean Hannity tried to get his audience to call out “fake news Jake Tapper,” but it didn’t go the way he planned

Tapper castigated the segment and McEnany saying, “Empirically, there’s nothing journalistic about a political organization that exists to support a politician cheering on that politician. It’s not real, and it’s not news, and it’s definitely not real news.”

.@jaketapper: Almost every single time the President has used the term “fake news,” the news has been accurate https://t.co/0vxW7s2rrx

Some have compared the mock news segment to state-run propaganda television.

The former ambassador to Russia under President Barack Obama called the segment “eerily like” so many other state-run news stations he’s seen around the world.

Wow. Feels eerily like so many state-owned channels I've watched in other countries https://t.co/dqsLEfuLj8

Former Mexican President Vicente Fox called it “propaganda” and told President Trump that he wasn’t the “bearer of absolute truth.”

.@realDonaldTrump, are the "real news" are in Trump TV? This propaganda won't help you, Don, you're not the bearer of absolute truth.

RELATED: After President Trump’s attack on MSNBC’s “Morning Joe” co-hosts, Jake Tapper pointed something out to him

A writer at conservative website Redstate even called it “propaganda straight out of North Korea’s playbook.”

Tapper also took issue with the claims made by McEnany in the segment, especially her assertion that Trump has created “more than 1 million jobs.”

“That’s interesting language,” Tapper said. “She claimed that President Trump himself has created more than 1 million jobs. Not business owners, not Congress, not Wall Street, not investors, not hardworking small businessmen and women — President Trump created those jobs. That’s their idea of real news.”

McEnany left her job at CNN on Saturday and announced her new job as the spokesperson for the Republican National Committee Monday. There’s no word yet whether or not she’ll continue to host the “real news” segment on Trump TV going forward.