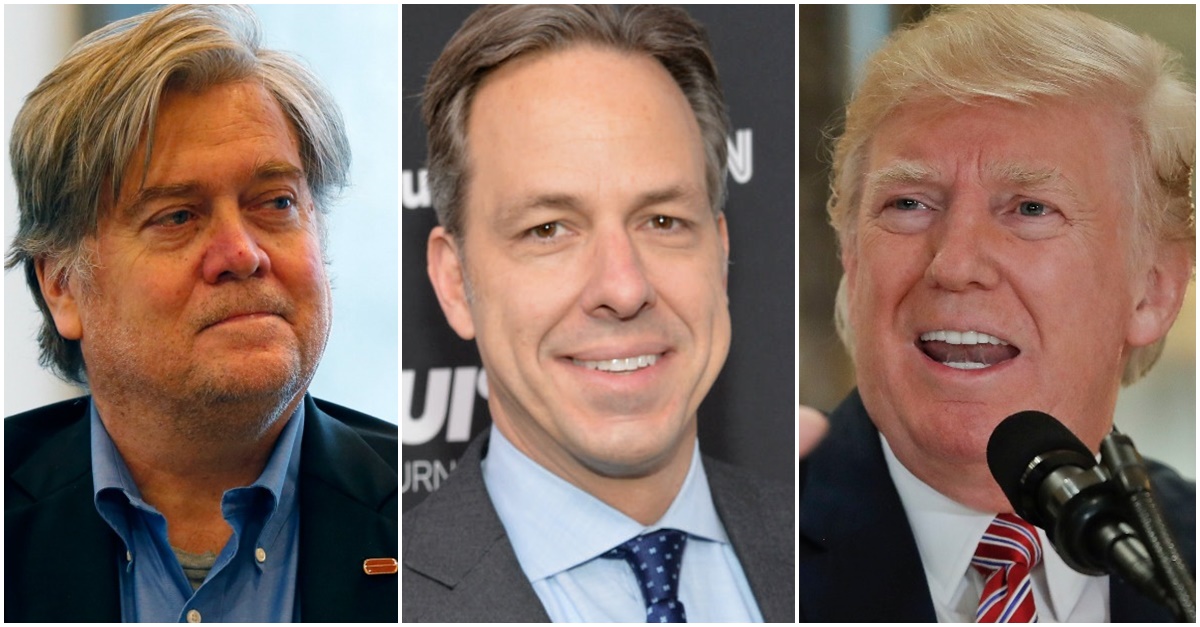 Jake Tapper issued a sobering reminder to those who are starting to “breathe easier” after President Donald Trump’s top adviser Steve Bannon left the White House: He’s not the problem. President Trump is the problem.

“Those who blame Bannon for the president’s controversial comments on race and racists, as many Democrats have done ― that’s not supported by facts,” Tapper said on “The Lead” Friday.

During his segment, he proceeded to show clips of President Trump making questionable comments on the issues of race and white supremacy before Bannon joined Trump’s staff, showing that it was Trump, not Bannon, who was the problem.

Tapper didn’t excuse Bannon, though, pointing out that the controversial figure was behind the temporary travel ban to predominantly Muslim countries and the push to target undocumented immigrants.

“None of that is to excuse or make any judgments at all about whatever advice Bannon gave Mr. Trump once he came on board,” the CNN host said.

He continued: “But, the notion that those troubled by President Trump’s response to Charlottesville should now breathe easier because Steven Bannon is gone ― that is not supported by the facts.”