Jane Fonda called Trump the “predator-in-chief” and said that celebrities have important voices. 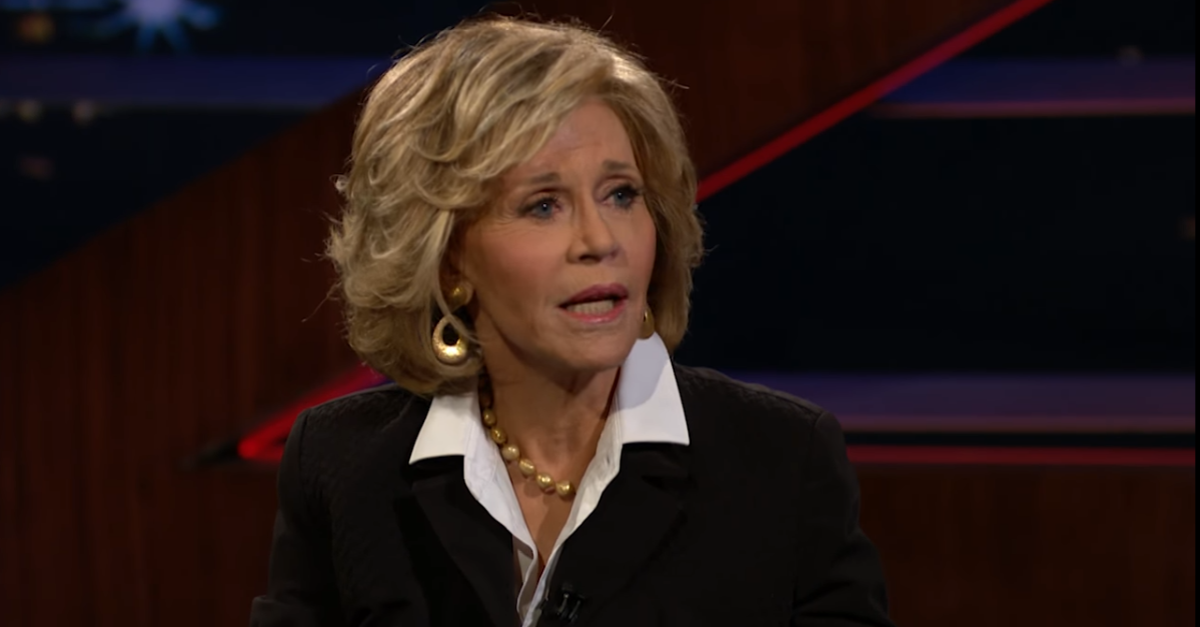 A lot of celebrities have come out as staunch critics of Donald Trump. In fact, it is more common for a celebrity to be against the new president than for him. On Monday night, after the inauguration, Bill Maher hosted Hollywood star Jane Fonda and asked her what she thought about the new administration.

Maher asked Fonda if she thought that celebrities really helped when they show up at events like the upcoming Women’s March on Washington. She answered in the affirmative and referred to the new president as the “predator-in-chief,” saying, “whenever a celebrity speaks out…and gets a reaction…you know they hit a spot.”

RELATED: At 78 years old, Jane Fonda can still bring the funny during a hilarious bit with Jimmy Fallon

She said that because of issues like climate change, which are drastically changing the world in phenomenal ways, celebrities “don’t have time to make mistakes” and that they can “bring attention to things that wouldn’t normally get attention.” Fonda, an actress who also leads her own brand of fitness products, has come out against Trump since he was nominated as the Republican party’s presidential candidate.