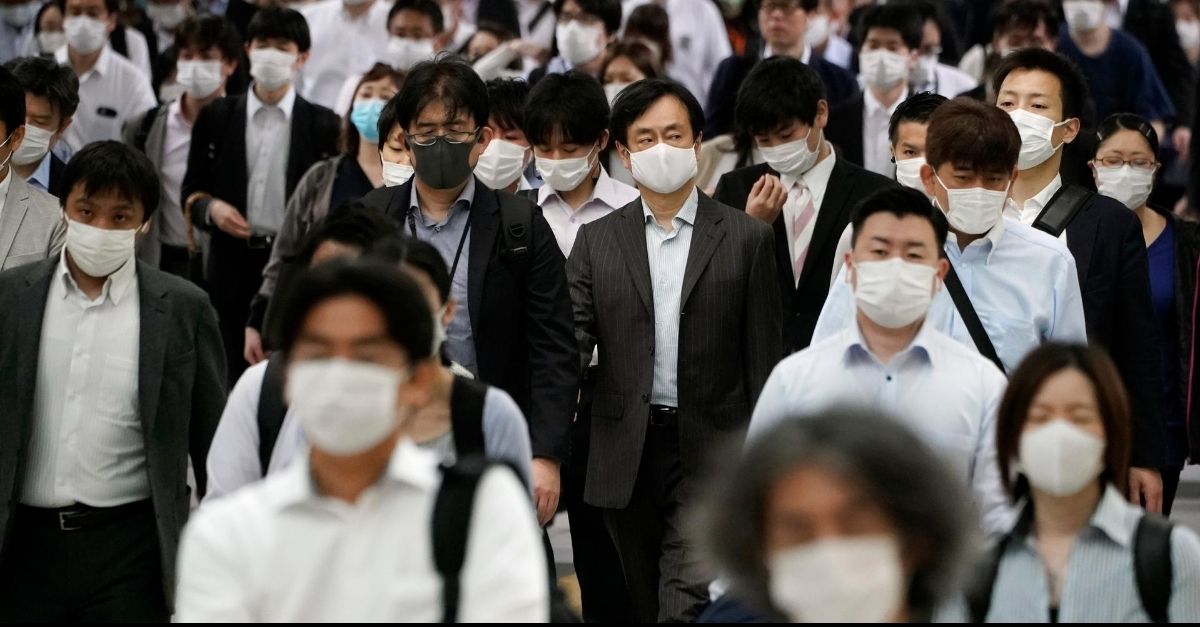 Face masks are now a part of our everyday lives because of the coronavirus pandemic, and who knows how long it’s going to be before we don’t need to wear them every time we step outside. Businesses have taken advantage of this as a profit opportunity, but one Japanese robotics startup has really done the most. Japanese startup Donut Robotics has invented a “smart mask” that translates eight different languages. That’s right. Eight.

Donut Robotics, under CEO Taisuke Ono, created the C-Face Smart Mask, a mask made of white plastic and silicone that is a “high-tech upgrade to standard face coverings, designed to make communication and social distancing easier,” according to CNN Business. It transcribes words, amplifies the wearer’s voice, and translates the speech between Japanese, Chinese, Korean, Vietnamese, Indonesian, English, Spanish, and French. The mask has an embedded microphone “that connects to the wearer’s smartphone via Bluetooth,” a chip that can connect to smartphones up to 32 feet away.

The Japanese startup had first developed and tested the translation software for their communication robot prototype called Cinnamon. The robot was designed to help tourists navigate Tokyo’s Haneda Airport, under the Haneda Robotics Lab, especially since Japan’s workforce is declining, making it more difficult to hire human staffers. Cinnamon’s translation software did well in noisy areas and had a user-friendly design, also aesthetically appealing.

However, when COVID-19 hit, the project was halted until the team’s engineers suggested the same concept be applied to face masks. In June, they launched a fundraiser on Fundinno, a Japanese crowdfunding platform, that raised 28 million yen ($265,000) in only 37 minutes. In July, in their second round of crowdfunding, they raised another 56.6 million yen ($539,000), and have now partnered with an unnamed company in Tokyo to scale up production for the international market.

CEO Taisuke Ono explained that, “the technology is better than Google API, or other popular technologies” especially since many competitors focus on translating to and from the English language. The first wave of distribution will include 5,000-10,000 available masks by December of this year. They will cost $40-$50, along with an extra subscription for the app. However, the masks won’t be available overseas until April 2021 at the earliest.

An interesting fact about these smart masks is that they don’t actually offer protection against the coronavirus. So what’s the point? Ono explained that since the cutouts at the front are vital for breathability, the smart mask is designed to comfortably fit over a standard face mask. Ono hopes that the smart mask will highlight social distancing, since the Bluetooth chip can connect to smartphones way over the standard 6 feet apart, saying, “We still have many situations where we have to meet in person.In this new normal… the mask and the app are very helpful.”