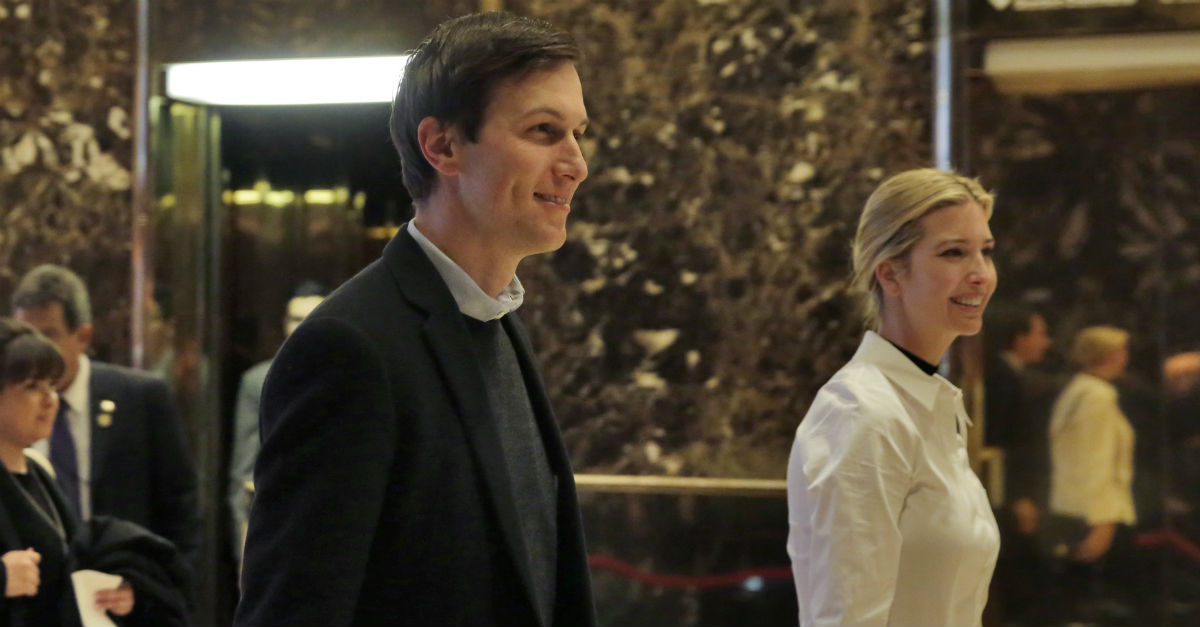 WASHINGTON (AP) — Jared Kushner failed to disclose some of his contacts with Russian government officials when he was filling out his application for a security clearance, his lawyer said Friday.

The omissions were an “administrative error,” Kushner lawyer Jamie Gorelick said. “There was no intent to obscure any foreign meetings, including those with Russia.”

The New York Times first reported the omissions, including meetings with the Russian ambassador to the U.S. and the head of a Russian bank owned by the Kremlin.

The president’s son-in-law and senior adviser last month volunteered to be interviewed about his Russian contacts by lawmakers investigating Russia’s interference in the 2016 election and the Kremlin’s possible ties to the Trump campaign.

Kushner’s failure to disclose these meetings with Russian officials was the third time a Trump administration official had not disclosed details about meetings and conversations with Russians.

RELATED: A state-owned Russian news site reportedly applied for White House press credentials, and the move is sure to raise eyebrows

“This was an administrative error that came during a very pressed time,” Gorelick said in a statement Friday.

Gorelick said that on the night of Jan. 18, two days before the inauguration, a premature draft of his security clearance application was submitted to the government. She said the following day, additional information was provided to the FBI, including this statement from Kusher: “‘During the presidential campaign and transition period, I served as a point-of-contact for foreign officials trying to reach the president-elect. I had numerous contacts with foreign officials in this capacity.'”

When applying for a security clearance, applicants are asked to disclose details about their interactions with foreigners, including the names of all the foreign government officials the applicant has had contact with over the past seven years. In some cases, people can lose their security clearances and jobs for not properly disclosing foreign contacts to the government.

The Russian state-owned bank, Vnesheconombank, said last month that it met with Kushner as part of a series of meetings on future strategies.

In addition to House and Senate intelligence committees’ probes, the FBI is conducting a counterintelligence investigation into Russia’s meddling in the 2016 election and whether there was coordination with Trump associates.