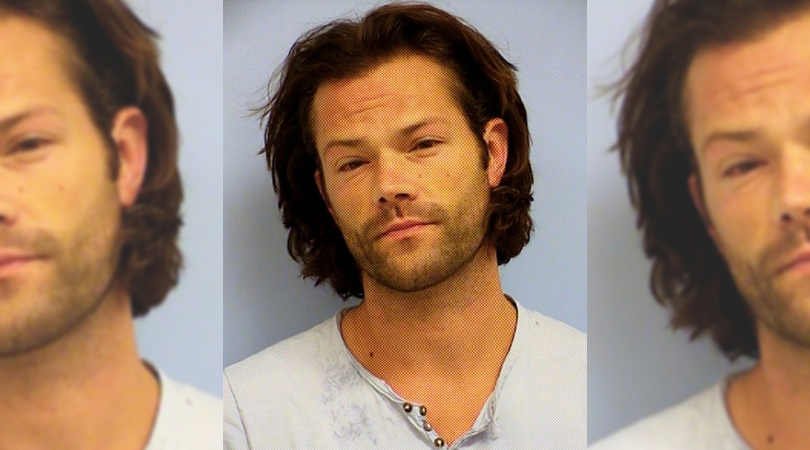 Another one bites the dust! Looks like Supernatural star Jared Padalecki had quite too many free beers over the weekend. The actor, who stars alongside Jensen Ackles, is being accused of assaulting two employees at a bar in Austin, Texas. An arrest affidavit says officers arrived at Stereotype bar after employees escorted him outside because he was fighting with people inside.

Employees tried to keep the 37-year-old out because of his “intoxicated behavior.” An assistant manager then told police that the actor slapped him across his face, and then punched the general manager who was trying to separate him from the assistant manager. While being arrested, the actor was seen displaying a large stack of cash while interacting with officers.

Footage of the altercation quickly showed up on social media, showing Padalecki put a man in a headlock, and leaning towards a police car unable to stand correctly. Police took the actor to Travis County Jail where he was charged with a class A misdemeanor assault with injury.

Padelecki, who also starred in Gilmore Girls, was recently cast for the “Walker, Texas Ranger” reboot as Ranger Cordell Walker. The series is said to be a straight reboot, rather than a sequel, which was made famous by Chuck Norris during the origins run. The reboot is being shopped by CBS Studios with CBS and CW both showing interest in the series. It is written and executive produced by Anna Fricke and executive produced by Dan Spilo and Dan Lin.

So, could it be that he was out celebrating the news of the reboot? Maybe. By the look of it, this man probably had more than a few shots and chased them down with Everclear. His mug shot clearly proves he had quite a night. I just hope he apologizes to his employees. Also, what’s up with all these famous people getting arrested?