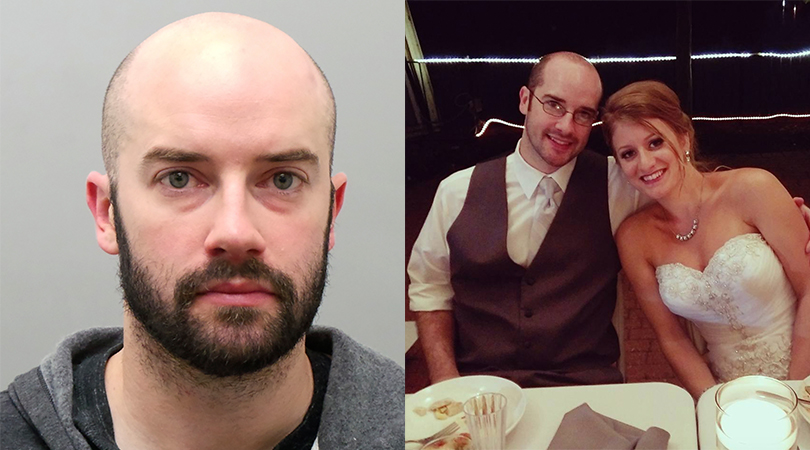 A suburban St. Louis man who is charged with evidence tampering in the disappearance of his wife was spotted on video purchasing cleaning products and bleach-soaked bloody carpeting was found in the couple’s home, police said.

Beau Rothwell, 28, is jailed on $100,000 bond on the felony after being charged Thursday. St. Louis County police are investigating the disappearance of his wife, Jennifer Rothwell, who is a chemical engineer, as a homicide, although her body hasn’t been found. No attorney is listed for him in online court records.

Beau Rothwell was spotted Monday on video buying cleaning products, including bleach, carpet cleaner, and gloves, according to the probable cause statement, which police cited in a news release. She was reported missing Tuesday, and her car was found abandoned less than 2 miles (3.2 kilometers) away later that day. Detectives then searched the couple’s home Wednesday and found a wet carpet soaked with bleach and large areas of blood, some of which had soaked into the underlying carpet pad. The probable cause statement described the blood as evidence of murder, although Beau Rothwell hasn’t been charged with that crime.

Jennifer Rothwell and her husband earned degrees in chemical engineering from the University of Missouri-Columbia in 2013. They married in 2015 in St. Louis County.

Before Beau Rothwell’s arrest, he posted on Facebook, asking for help in the search for his missing wife. “Some of you may have heard already, but last night my wife Jennifer went missing,” the post said. “I’ve filed a police report and the search is ongoing. Please, if you hear of anything or have any information it would be greatly appreciated.”

As the search continued for Jennifer Rothwell, officers were scouring a wooded area Thursday in between where her car was found and where she lives. Rothwell’s family is offering a $25,000 reward for any information that leads to her whereabouts.

KMOV reports that the missing woman’s mother, Robin von Hausen, said her daughter had just moved to western St. Louis County with her husband and worked at DuPont. Von Hausen said it was one of her DuPont co-workers who tipped them off that something might have happened.

“A coworker texted and said, ‘Hey, how is Jennifer?’ They assumed she just hadn’t come into work because of the weather or whatnot,” von Hausen said.