Woman Arrested for Faking Cancer and Collecting $10K in Donations 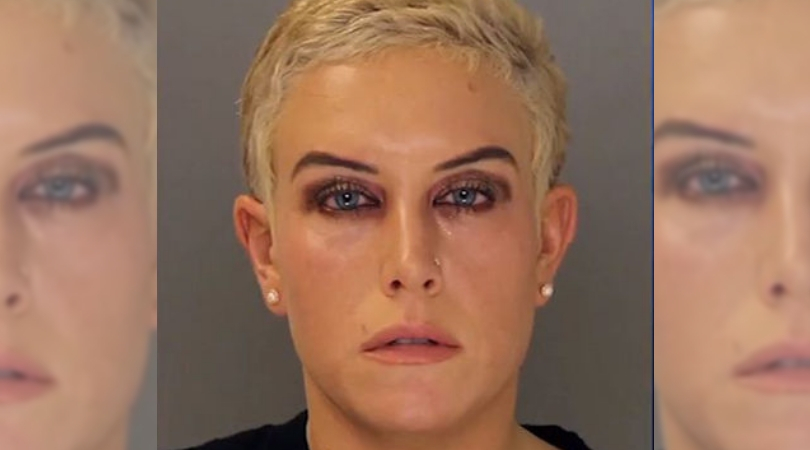 You know how sometimes you run into some terrible terrible people, that makes you wonder what happened in their childhood for them to become so evil? Well, this is THAT person. 31-year-old Jessica Smith was arrested for allegedly faking that she had cancer, to raise thousands of dollars in crowdfunding campaigns and falsifying medical documents. Yes, I told you. She’s a terrible terrible human being and should be locked up forever.

According to authorities, the Pennsylvania woman created two fundraisers in June, one on GoFundME and another one on Facebook. She was seeking donations to assist with her “medical bills” and other related costs for a diagnosis of colon cancer. The GoFundMe description read, “Jessica is facing tremendous medical bills, travel costs, paying for the care for her children and missed work.”

The criminal complaint filed last week noted that the GoFundMe campaign was later removed from the site, and Smith was ultimately banned from the platform. It managed to raise a total of $4,735 since it was first created on June 10. As far as the Facebook fundraiser, which was titled “FightLikeAJessica,” she stated she had recently been treated for Hereditary Nonpolyposis Colorectal Cancer, which required “extensive medical treatment and travel expenses plus unpaid time off work.”

Revisiting this thread from August when Jessica Cornell stole mine and @britttlifts money for a fake powerlifting meet.. here’s her at arraignment today! Hopefully facing a criminal charge is easier than faking a cancer diagnosis 🤔 https://t.co/1lNqOSgWDj pic.twitter.com/C0s1xEuNSv

The campaign then noted that the bills and care for her children were adding up, raising a total of $8,553 of its $15,000 goal. The campaign managed to receive donations from 161 of the 16,000 invited to the page since it was created on June 15. It has since been removed by Facebook.

Smith allegedly collected more than $10,0000 in donations in total, and to no surprise, doesn’t have cancer. She created the campaign under her maiden name, Jessica Cornell Smith. Her husband quickly caught on to her nasty scheme, and along with an acquaintance, reported the campaigns to the Uwchlan Township Police Department on June 19.

Smith’s husband filed a report alleging fraud by his wife and accusing her of obtaining the funds from both the Facebook and GoFundMe pages, depositing them into their joint bank account. The husband told police his wife doesn’t have cancer of a form and that she is “covered on medical insurance through his employer.”

Smith also said he recalled a phone conversation in which his wife claimed to be a nurse from “Penn Medicine” while speaking to her employer, Marco Protection Systems, saying she was ill from a medical condition and needs days off due to her cancer treatment.

Detectives stated the employer gave the woman paid time off due to illness, and on July 31st, Smith had taken off because of the “death of her father.” After investigation from authorities, they confined Smith’s father was indeed not dead, and that she had presented a fake death certificate to her employer as “proof of his death.”

So ultimately, this woman wasn’t just lying about her cancer, but the death of her father to get off from work because she couldn’t just say she had a stomach ache. She had to go to the extreme. Luckily, she was caught by authorities and arrested. Not before lying to them and telling them that she was “indeed” diagnosed with colon cancer in May and was currently undergoing chemotherapy treatments. She also alleged she had 16 inches of her colon removed, showing them a “non-descript document” indicating she did indeed undergo surgery with a “balance due” of more than $81,000.

Not having it one bit, authorities arrested her and charged with theft by deception and other theft-related counts. She was arranged and released on her own recognizance bond and is set to appear for a preliminary hearing on November 12. As far as those who donated to both websites, well they will get all their money back within a few days. Thank God.

The fact that her husband turned her in says somethign in itself too.