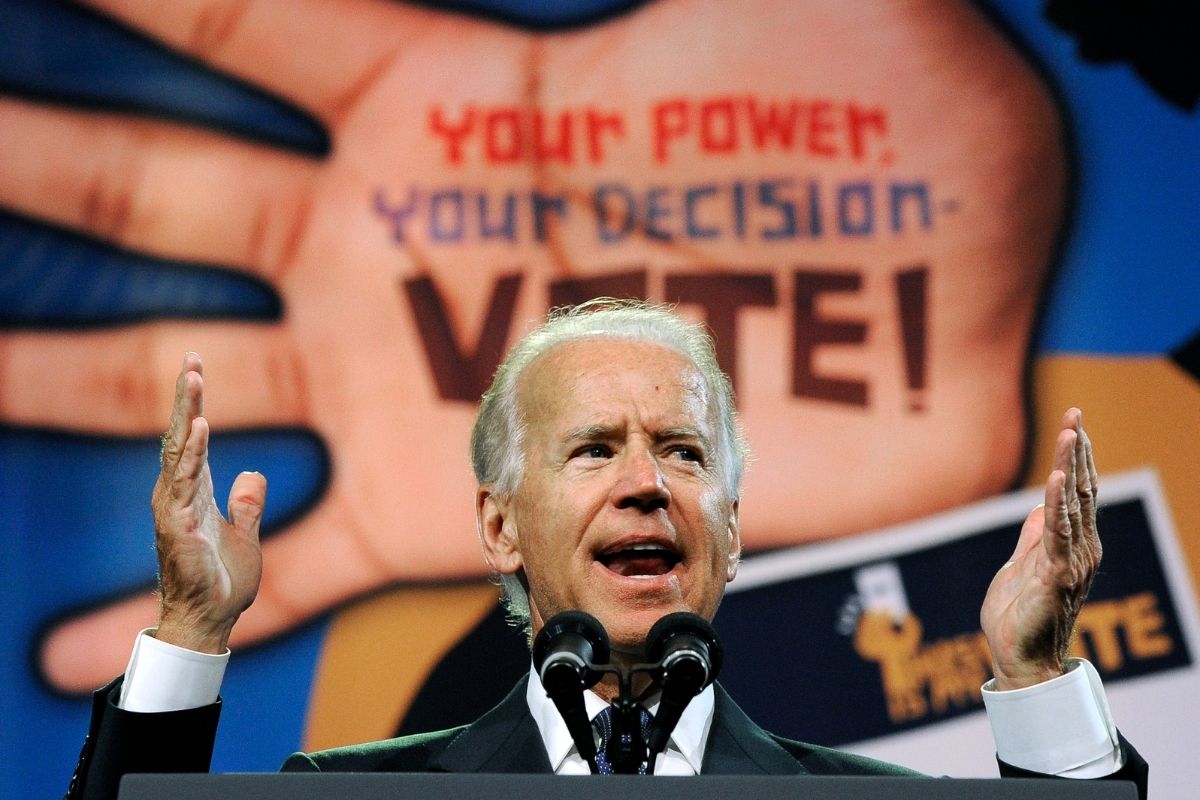 During his first joint session of Congress on April 28, U.S. President Joe Biden identified white supremacy, point blank, as “the most lethal terrorist threat to our homeland today.” He also called the January 6 attack on the U.S. Capitol, perpetrated by white supremacists, the “worst attack on our democracy since the Civil War.? (Though that comment did not go over particularly well.) Now, top Washington officials are doubling down on that recognition — and hopefully making a plan to combat the domestic threat.

His joint address on the House Floor was not the first time Biden seriously discussed implications of the capitol riot. During a CNN Town Hall in February, just a month after entering the White House, Biden made similar comments. He said he would “make sure that my Justice Department and the Civil Rights Division is focused heavily on those very folks, and I would make sure that we, in fact, focus on how to deal with the rise of white supremacy.” He then singled out the Ku Klux Klan as the most dangerous people in America.”

Watch above, to see when Vice President Kamala Harris called out Mike Pence over Donald Trump’s refusal to condemn white supremacy during their memorable 2020 debate. And note the (now iconic) fly on Pence’s stark white hair.

The Cabinet Speaks Up

During a recent hearing before the Senate Appropriations Committee on Wednesday, conversation turned to the violent white extremism in our country. According to The Huffington Post, Attorney General Merrick Garland said:

“Domestic violent extremists pose an elevated threat in 2021, and in the FBI?s view, the top domestic violent extremist threat we face comes from racially or ethnically motivated violent extremists, specifically those who advocate for the superiority of the white race… We don?t care what the ideology is. Violations of law are pursued and are prosecuted… I think it?s fair to say that in my career as a judge, and in law enforcement, I have not seen a more dangerous threat to democracy than the invasion of the Capitol.”

The GOP senator Richard Shelby then pushed back on that characterization, saying, ?[Democrats] would have the American people believe that all domestic, violent extremists are far-right white supremacists and that all Republicans are complicit in their actions.? But Garland stuck to his guns, insisting that the insurrection was the greater threat to democratic ideals: ?We don?t care what the ideology is… I have not seen a more dangerous threat to democracy than the invasion of the Capitol.? Garland’s comments are now trending.

Compared to previous administrations, which focused security efforts against Muslim post-9/11, the focus on white domestic terrorism signals a changing of the tides — at least for this administration. Throughout the past, divisive year, Biden referred to the election as a battle for the “soul of this nation.” Considering former president Donald Trump’s continual refusal to disavow white supremacy, let alone recognize that white supremacists are in any way a domestic terror threat, the Biden agenda is a sharp contrast.

The question remains, though, what lawmakers will do about it.

So far, Biden has asked Congress for 22% increased funding for the oversight offices of Customs and Border Protection (CBP) and U.S. Immigration and Customs Enforcement (ICE): two controversial programs. Those additional millions would go toward quickly investigating workforce complaints “including those related to white supremacy or ideological and non-ideological beliefs,” according to REUTERS.

The move might sound good on paper, but many voters on the left would rather abolish ICE completely. Just recently, anti-ICE protesters went viral for interrupting Biden’s speech in Duluth, Georgia. ?We voted for you, too! Our families are dying!? one of them shouted. See below.