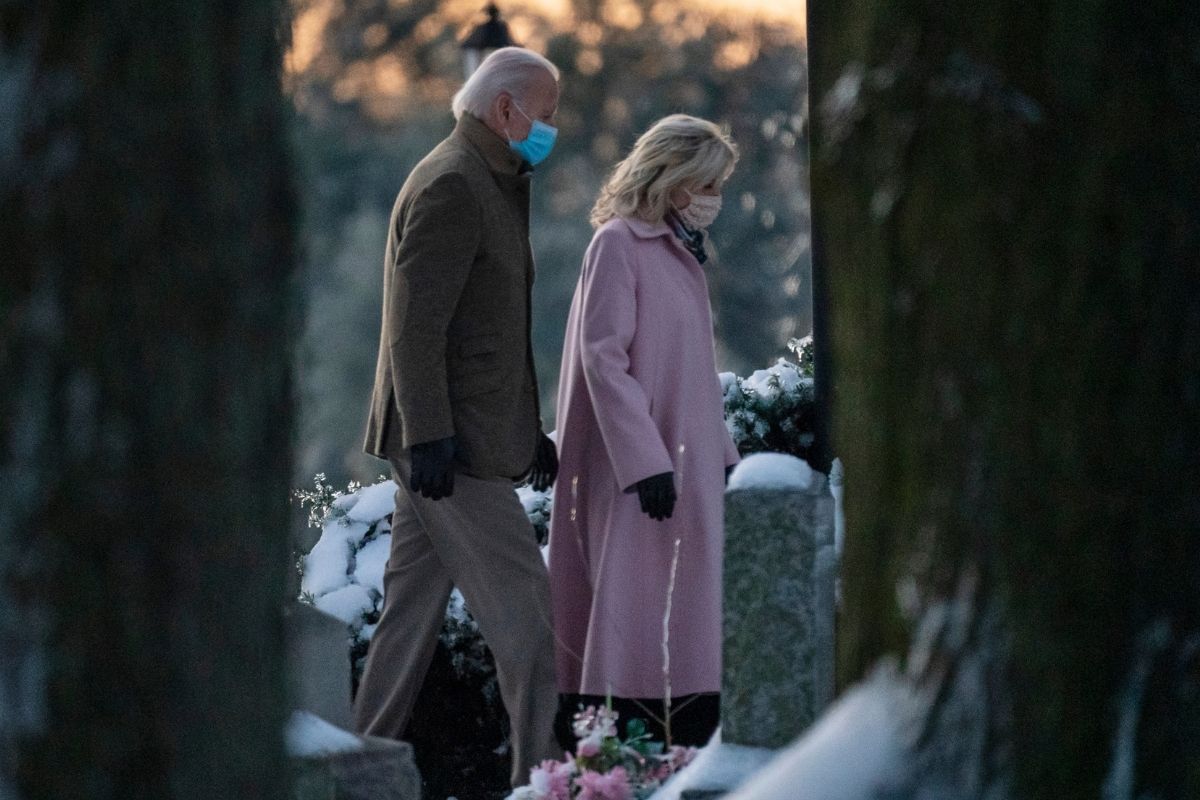 President-elect Joe Biden visited the graves of his first wife, Neilia, and his baby daughter Naomi on the 48th anniversary of their death. The two were killed in a devastating car crash that also badly injured Biden’s sons, Hunter and Beau. The 78-year-old visited the graves at the Roman Catholic Church St. Joseph on the Brandywine in Wellington, Delaware. He also attended the morning service Friday morning accompanied by his wife, Dr. Jill Biden, their daughter Ashley Biden and her husband Howard Krein, according to the Associated Press.

The crash occurred on December 18, 1972, weeks after Biden was first elected to the Senate. He was in Washington DC at the time of the crash, setting up his new office when he learned of the tragic news. Neilia was driving home from Christmas tree shopping with the couple’s three children, 13-month-old Naomi Biden, 4-year-old Beau, and 3-year-old Hunter when their station wagon collided with a tractor-trailer at an intersection outside Wilmington. Biden was 30-years-old at the time.

According to local news reports at the time, the station wagon was “demolished” and “A Christmas tree, briefcase, telephone index cards and literature from Biden’s Senate campaign were thrown from the car.” On January 5, 1973, the former vice president, who is a Democrat, was sworn in as a U.S. Senator for Delaware at Beau’s bedside while he was in Wellington Hospital still recovering from the crash.

Both boys made full recovery from the injuries, with Biden saying during his 2015 speech, “by focusing on my sons, I found my redemption.” Unfortunately, Beau died in 2015 after a long battle with brain cancer at the age of 46. His death was a factor in the president-elect’s decision not to run for president in 2016.

“How do you make a broken family whole?" she said then. "The same way you make a nation whole. With love and understanding, and with small acts of compassion — with bravery, with unwavering faith.” https://t.co/hjr5l0PTsf

He told 60 Minutes it was a decision that took a long time for them to decide, and that “everybody grieves at a different pace.” Biden often spoke about his personal tragedies while he was on the campaign trail during the presidential election relating to voters currently grieving the death of loved ones due to the coronavirus pandemic. Five years after the tragic crash, he married his now wife Jill Biden to which he credits with anchoring his emotions and faith in the decades following their losses.