New York Times reporter Glenn Thrush became something of a celebrity thanks to “Saturday Night Live,” which has portrayed him in skits with over-the-top press secretary Sean Spicer, played by Melissa McCarthy.

Thrush isn’t afraid to get snarky or engage users on Twitter, a platform that continues to be a gray area for reporters who are supposed to remain objective and free of opinion on the people and issues they cover.

Joe Scarborough of MSNBC’s “Morning Joe” thinks Thrush might be letting the limelight get to his head.

“Have you read Glenn’s tweets from — I mean, he’s a New York Times guy, and he’s in the White House briefing room. And he’s saying, ‘Whine served with reporting,’ or something like that,” Scarborough said on Friday’s how.

That criticism came after Scarborough and the rest of the show’s panel watched the clip from the previous day’s briefing, where Spicer said, “Glenn, this isn’t a TV program. You don’t get to just yell out questions. We’re going to raise our hands like big boys and girls.”

“I think he’s enjoying it a bit too much, being in the middle of it,” Scarborough said of Thrush. “Just, you know, you can just report from in there, you don’t have to give commentary.”

Then, Scarborough realized what he was doing and joked, “By the way, that is one minute and 18 seconds more than we expected to talk about Glenn Thrush this morning.” 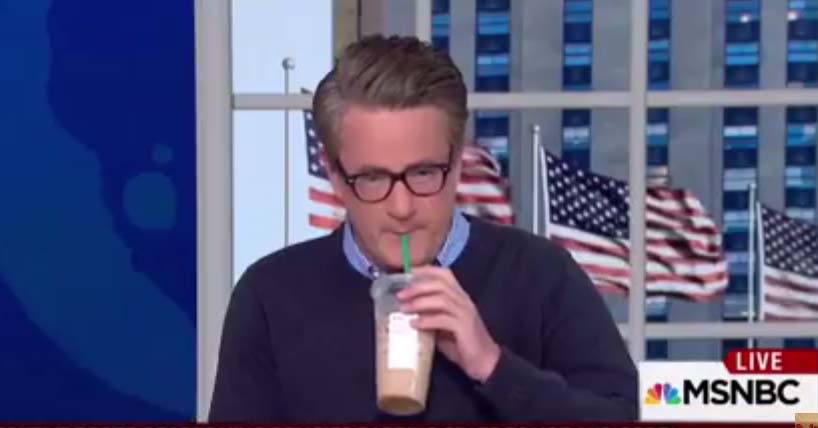