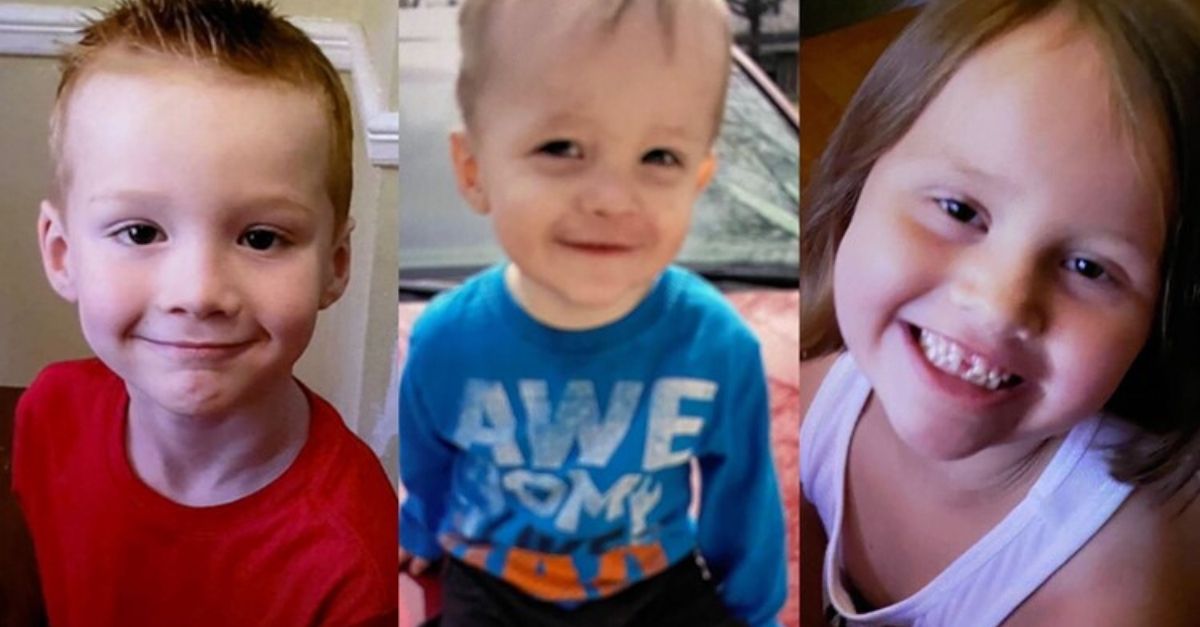 Via WFSB
Via WFSB

Editor’s note: This article was originally published on April 22, 2020. It was updated on April 27, 2020, after the three children were found safe with their mother.

The three missing children from Roanoke County, Virginia, believed to be in “extreme danger,” were safely found. 6-year-old Cameron, 6-year-old Emma, and 21-month-old Colin Allison were all found near Florence, South Carolina, with their mother, 35-year-old, Ruby Marie Allison.

Ruby Marie Allison, the mother of Emma and Colin, is married to 34-year-old John Allison, who fathers all three children. On Wednesday, April 22, 2020, John turned himself into the Roanoke County Police. He is currently being held in the Roanoke County-Salem Jail on three counts of felony abduction. Ruby was taken into custody and is currently waiting to be extradited to Virginia.

According to authorities, the parents kidnapped the children after the Roanoke County Social Services Office attempted to remove the three children from John and Ruby’s care. Police stated the father refused to turn over access over his children to Child Protective Services. Luckily, the children are now safe with the South Carolina authorities and will be handed over to Roanoke County Social Services to determine the next steps.

An Amber Alert has been issued by Virginia State Police for three missing children who are believed to be in “extreme danger.” According to authorities, on behalf of the Roanoke County Police Department, the alert was issued for a child abduction that occurred on Tuesday, April 21, 2020, at 3:30 p.m.

According to authorities, John Varion Allison was the one who abducted the children. The white male stands at 5 foot 9 inches with blonde hair and brown eyes, weighing 185 pounds. Authorities were able to release information about his vehicle, and believe he was driving either a 1999 four-door Maroon Chevrolet Suburban SUV with Virginia Registration of VVU-3796 or a 2006 Maroon Cadillac 4 door car with Virginia registration VMV-8238. Unfortunately, there have been no further details released by authorities.

Authorities believe Allison might be in the company of his wife Ruby Marie Allison. The white female stands around 5 foot 3 inches with light brown hair, brown eyes, and weighs around 160 pounds. Authorities are asking the public to contact the Roanoke County Police Department at 540-777-8798, 540-777-8799, The Roanoke County Social Services, or the Virginia State Police if you come across the vehicles or any of the suspects.

PLEASE SHARE: These children are believed to have been abducted by their parents–John Varion Allison and Ruby Marie Allison–and are believed to be in extreme danger, according to police. https://t.co/5BfvxvmTnj

Amber alerts, or child abduction emergency alert, is a message disturbed by a child abduction alert system to ask the public for help in finding any children who might have been subjected. Usually, these alerts are distributed via a public radio station, satellite radio, intent radio, television station, or text messages. Citizens are able to see an Amber alert if the action occurred in a particular location where the child had recently been seen and was abducted. The alerts are u usually conducted if a child is at risk of serious injury or death.