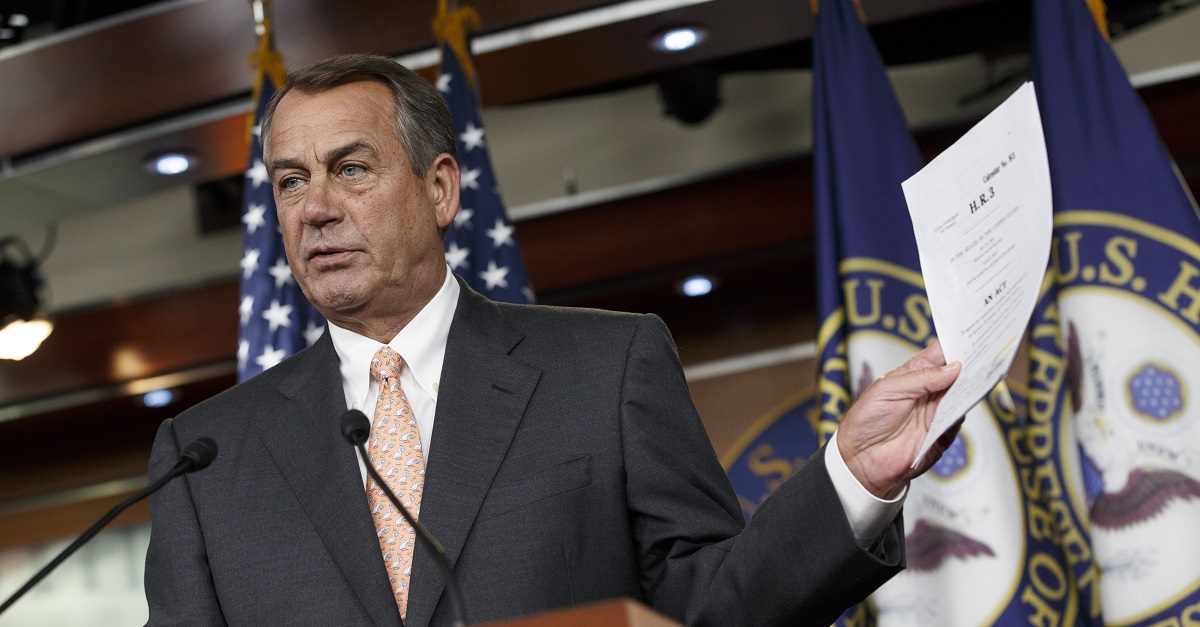 Former Speaker of the House John Boehner (R-Ohio) had been awfully quiet in recent months, but now that he has reemerged he’s dropping F-bombs and declaring the Republican Party dead.

RELATED: Ted Cruz claims John Boehner doesn?t know him well enough to call him ?Lucifer,? but he left out this one detail

Boehner named and cursed out two Republican lawmakers, called another an idiot, said the Republican Party has no leader, blamed social media for heightened partisanship in America and even said conservative radio host Mark Levin dragged Fox News’ Sean Hannity to the “dark side.” All of this and more was covered in a lengthy interview with Politico published on Sunday.

Boehner named and shamed a number of Republicans, and said ?There is [a Republican Party]. But what does it even mean?” Boehner took direct aim at the House Freedom Caucus, calling caucus co-founders Rep. Mark Meadows “an idiot” and Rep. Jim Jordan (R-Ohio) a “legislative terrorist.” He called said that caucus itself is full of “anarchists” who “want total chaos.”

By contrast, the only person he did seem to approve of was Rep. Trey Gowdy (R-S.C.), who he called “my guy.”

A few more unexpected nuggets included the statement that political radio hosts such as Rush Limbaugh and Sean Hannity were “dragged to the dark side” by Mark Levin.