John Oliver to France: Don’t screw up your election the same way Britain and America did 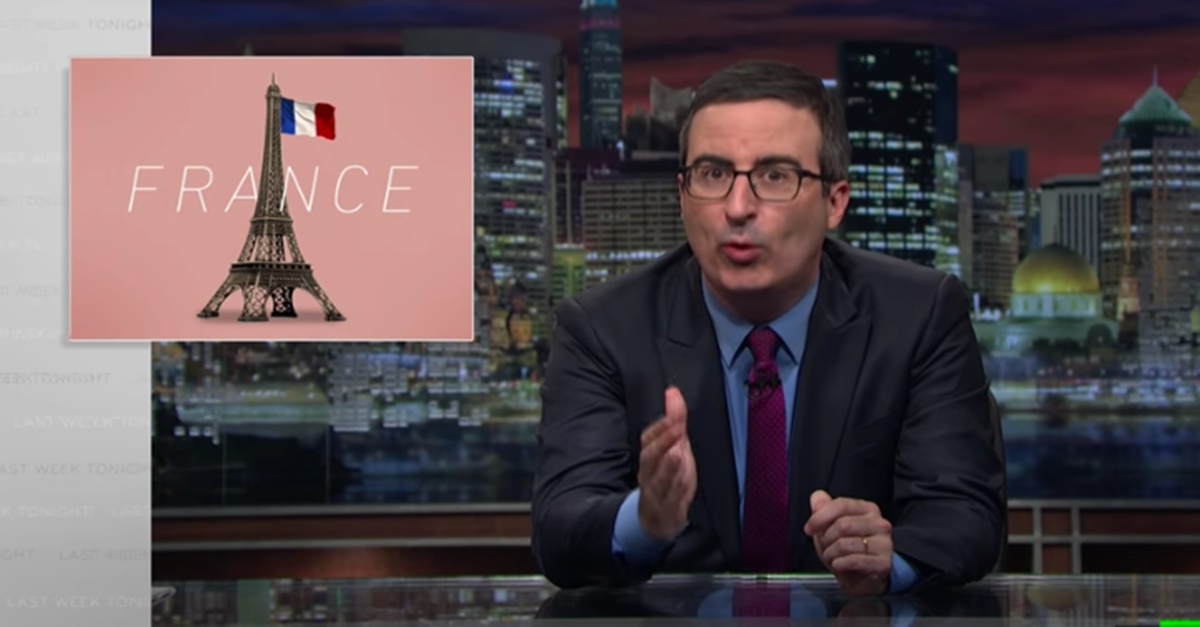 John Oliver, the host of ?Last Week Tonight,? had an urgent message for the citizens of France ? don?t give way to the rise of populism the same way that Britain and America did.

France will hold the first part of its national election on April 23, and on his show Sunday, Oliver implored its citizens, in French, not to ?fuck up.?

?Britain and America fucked up. Don?t fuck up, too,? he begged while attempting a French accent.

Oliver used his normal comical flair while making his plea by making it as ?French? as possible. He delivered the message while sitting at a café table with a glass of wine and smoking a cigarette, all while flanked by a man playing the accordion on one side and a French waiter on the other.

During his monologue, he also said that ?it’s not working out so great? for the other two countries who allowed nativism to control their voting decisions.

While France has 11 candidates running for its top office, the leader of the pack, by a small margin, is Marine Le Pen of the Front National party. Her anti-immigration, anti-European, anti-globalization message has resonated with French voters.

French voters’ sentiments seem to be the same as those in America and Britain during recent elections, which lead to the election of Donald Trump and Brexit.

Watch the entire segment above.