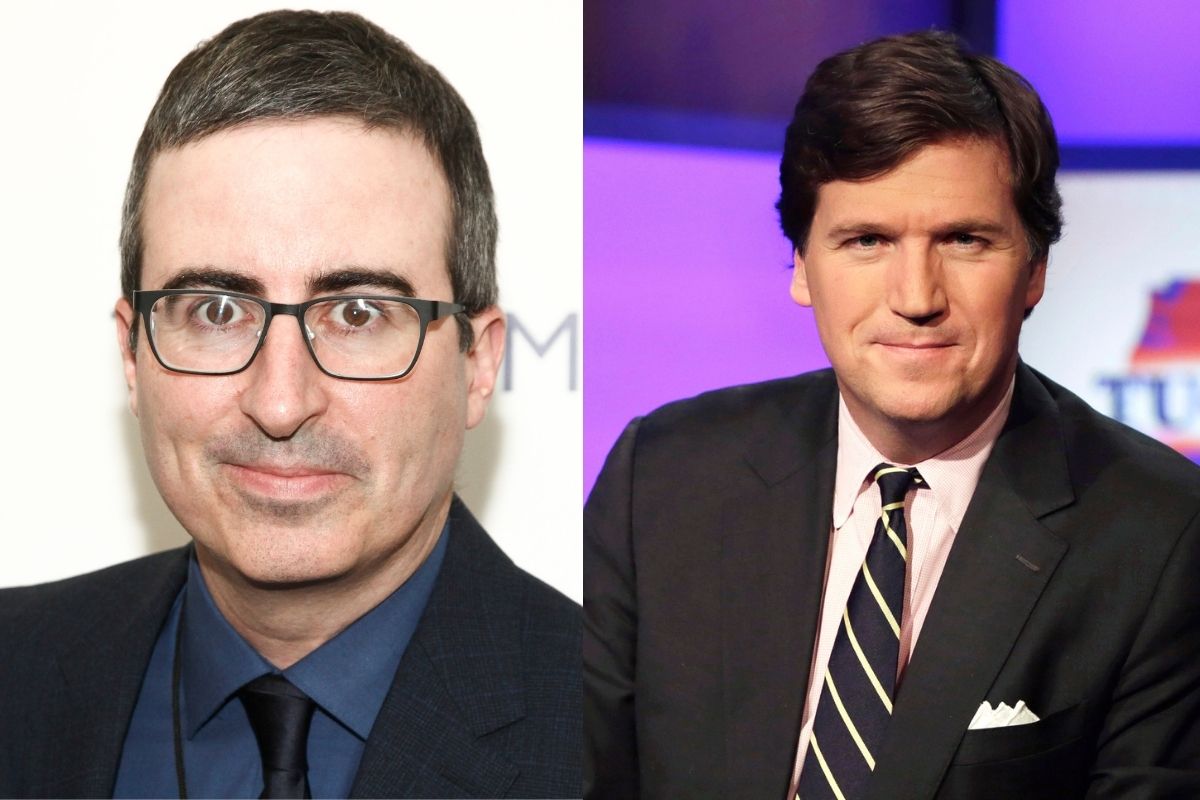 When John Oliver comes for you, he does the research. And humiliates you — in excruciating detail — on national television. The host of HBO’s Last Week Tonight spent the majority of Sunday night’s show lambasting conservative commentator Tucker Carlson in a full-on, fiery character attack that sprawled from an obscenely privileged childhood to “failing upwards” into his current position at Fox News. Most clearly, Oliver delineated Carlson’s popular “white supremacist talking points,” which are a central aspect of Tucker Carlson Tonight.

This is not the first time — and it will not be the last — that Tucker Carlson is accused of being a white supremacist. Normally, the Fox News host responds to the charges with an inflated sense of false indignation. (A typical look for perpetually pissed off Carlson.) His favorite defense? “What is white supremacy?” He doesn’t even know! “What is white nationalism?” He wonders aloud, trolling as if decisively confounded on-air.

Off the bat, Oliver called Carlson “a conspiracy theorist, a misogynist, an Islamophobe, a troll, and one of the most dangerous [things] is that he is the most prominent vessel in America for white supremacist talking points.” And Oliver wasted no time outlining, precisely and hilariously, what exactly a white nationalist is — using Carlson’s own words.

Along the way, there were some excellently deployed personal insults, including “performatively outraged wedge salad,” “TV dinner princeling,” and simply, a “terrible person.”

The takeaway, essentially, is that Carlson utilizes outraged deniability to continue vindicating a show that thrives on white supremacist rhetoric. And now Oliver has shattered that defense.

In one particularly illuminating bit, Oliver analyzed a dated clip of Carlson reviewing Republican Pat Buchanan’s behavior on C-Span. A young Carlson pointed out, carefully, how Buchanan deflected criticism by claiming to be “outside the tiny cabal that controls American politics.” In Carlson’s critique, Buchanan overdid it at times. Of course, by 2021, overdoing it would come to be part of Carlson’s, and Trump‘s, and so many other far-right figure’s branding: the idea that being (consistently) offensive necessarily implies “speaking truth to power.”

In another salient section, former white supremacist Derek Black, the son of the founder of the popular Neo-Nazi forum StormFront, explained how his family watches Carlson’s shows twice. First, for enjoyment. And the second time, for tips on how to best deliver racist messaging.

“It is interesting who gets to be ‘American citizens who came to their own conclusions’ and who gets to be ‘criminal mobs who destroy what the rest of us have built.’ It does seem like the dividing line for Tucker on that question is ‘how easily can you sunburn?’”

So far, Carlson has not responded to the Last Week Tonight with John Oliver segment. But something tells me that when he does, he will be sputtering, furious, and donning an ill-fitting bow tie.