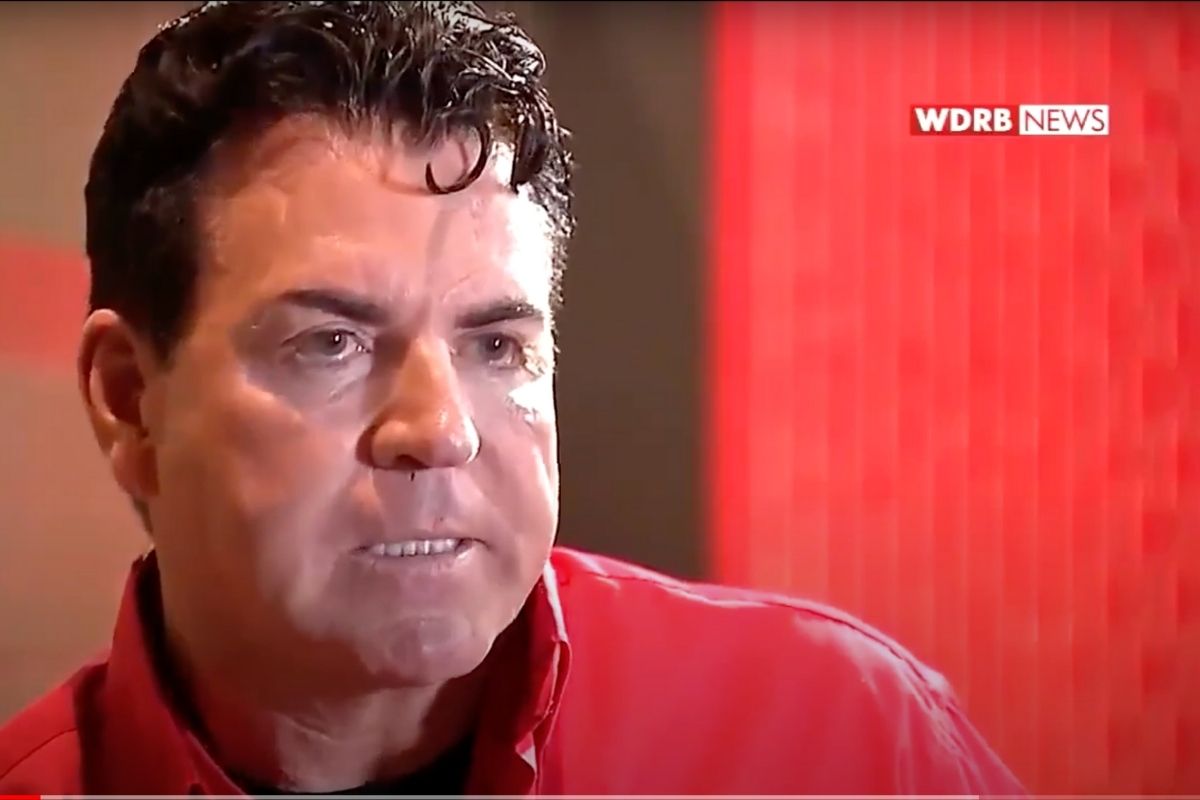 John Schnatter, the founder of Papa John’s, used the N-word in 2018 on a corporate conference call and subsequently stepped down from the pizza chain. Now he’s defended himself in a truly baffling interview on One America News Network, claiming that he’s spent the past 20 months trying “to get rid of this N-word in [his] vocabulary.”

John Schnatter founded Papa John’s Pizza in 1984 and throughout the 1990’s the company grew into the massive chain we know today. In 2010, Papa John’s became the “Official Pizza” of the NFL. But that lucrative professional relationship broke down in 2017 when Schnatter, during a conference call with investors, blamed NFL players’ national anthem protests as the reason for declining sales. Apparently Schnatter also blamed the NFL directly for not putting a stop to the protests.

A year later, another company conference call would prove disastrous to John Schnatter’s reputation. While speaking with a marketing agency for an over-the-phone role-playing exercise — purportedly to help Schnatter avoid PR disasters like this — the CEO said “Colonel Sanders called blacks n—–s and Sanders never faced public outcry.” He also mentioned that in his home state of Indiana, locals used to drag African Americans from trucks until they died. Apparently sensing a lost cause, the marketing agency quit immediately and the incident was quickly reported. Schnatter then stepped down from both his position as CEO of Papa John’s and from the University of Louisville board of trustees.

Last year, John Schnatter tried to defend himself on TV but it did not go so well. On-air with Kentucky FOX affiliate WDRB, Schnatter said that he used the N-word to convey his own contempt of racism. (He did not explain how that works.) Then he infamously said, of the Papa John’s product, “I’ve had over 40 pizzas in the last 30 days, and it’s not the same pizza. It’s not the same product. It just doesn’t taste as good” and warned that “the day of reckoning will come” for current Papa John’s executives. The line about Scnatter eating 40 pizzas in 30 days went viral. His convoluted self-defense? Not so much. And now Schnatter is at it again, on TV, offering another inscrutable explanation for his racist language.

Papa John’s ex-CEO says he’s been working for the last 20 months “to get rid of this N-word in my vocabulary” (h/t @mount_bees) pic.twitter.com/8heITnJJxA

First of all, deciding to state your case on One America News Network is sketchy enough. The station is well-known for promoting unchecked fabrications and dangerous conspiracy theories, including false flag school shootings, advertisements for a fake Covid-19 cure, blatantly false stories regarding a Joe Biden “Bible ban,” Roy Moore’s sexual misconduct, and more.

John Schnatter appeared on One America News Network on March 8 to describe his life since (getting caught) using the racial slur. First, Schnatter explicitly victimized himself in response to soft-ball questions from host Kara McKinney. He claimed that the Papa John’s board of trustees chose to paint him as a racist in the media that he was in a “state of shock” over the fallout at the time. Then he said: “We’ve had three goals for the past 20 months: to get rid of this N-word in my vocabulary and dictionary and everything else because it’s just not true. Figure out how they did this. And get on with my life.”

This quote, which has now been taken out of the context of the interview, is confusing. On its own, you might think that John Schnatter has been working with some sort of diversity consultant — although 20 months of concentrated effort to remove a single word from your own “vocabulary” would be troubling. But the rest of Schnatter’s interview makes clear that he is not worried about personal growth. Rather, Schnatter is putting forth a new narrative implying that that his use of the racial slur was some sort of “fake news” — a media put-on. (Never mind that Schnatter admitted to using it on WDRB in 2019.) Which only clouds this new statement about spending 20 months purging the offensive term from his lexicon — or, as Schnatter incorrectly puts it, his “dictionary.” If it was “not true” then what was he scrubbing from his vocabulary? And how are “they” involved in that internal process?

As always, John Schnatter’s latest outburst has only left us with more questions. And I don’t doubt that he’ll appear back on television soon, to dig a bigger hole for himself.