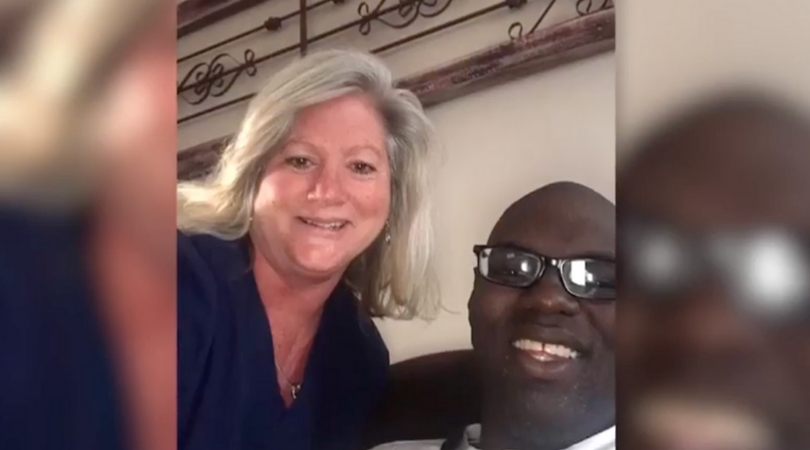 On Halloween night in Georgia, a man named Jonathan Pinkard’s life was changed in multiple ways. He was in dire need of a procedure but was unable to get it.

Last year a 27-year-old man with autism fell while on the job. He went to the Piedmont Newman Hospital to seek help. The hospital told him that he needed a heart transplant. However, he didn’t meet the requirements because he didn’t have a support system.

The support system at the very least consisted of the receiver of the transplant being able to protect their health and take post-operation medications. Jonathan’s grandmother recently passed and his mother is in rehab. After learning this an ICU nurse, Lori Wood, knew she had to get involved.

Lori Wood told TODAY, ?When you?re a nurse and you?re wanting to fix and help people, that can be very frustrating. At some point, God places people in situations in your life, and you have the choice to do something about it. And I guess?for this situation, there was no choice. It really wasn?t anything I struggled about. He had to come home with me.?

In short, the ICU nurse, Lori Wood became Jonathan’s legal guardian. Since his procedure in August, she has been taking care of him by ensuring he makes his doctors’ appointments and takes his medication. They are bonding over television, both loving Family Feud, and football. She also is assisting him with his credit score and independent living. He refers to her as “Mama” now.

Lori Wood was nominated by another nurse at Piedmont Newman for the hospital’s 360 President’s Award. Jonathan Pinkard says, “Miss Lori has been awesome. She’s very love-able to me, and not only me but to her son as well…They really treat me like family, I’m really thankful.”