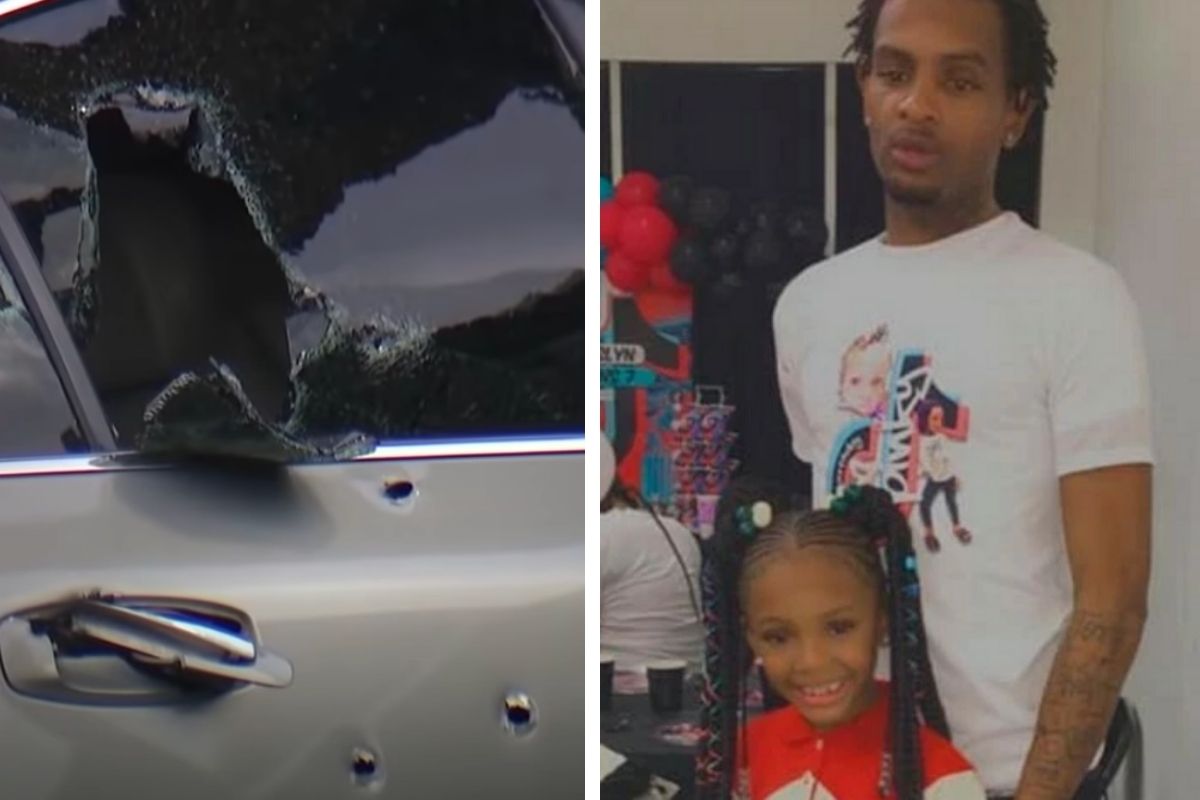 It’s true and more unfortunate than imaginable that anything could happen at fast-food restaurants, as this family found out while getting food at a Mcdonald’s drive-thru. According to the Chicago Sun-Times, 28-year-old Jontae Adams and his 7-year-old girl Jaslyn Adams were shot at in their silver Infiniti at a Mcdonald’s in the Homan Square neighborhood in Chicago, Illinois. Jaslyn Adams did not make it.

Jontae was driving his daughter through the popular fast-food chain, and according to an unnamed McDonald’s employee, two people got out of another gray car in the Mcdonald’s parking lot and started shooting at Jontae and Jaslyn. Jontae frantically called his mother, Lawanda McMullen, who recalls him saying, ?He said, ?Ma, come get me. They just shot my baby,?? after the shooting.

Jaslyn, who was shot repeatedly, was then taken by police officers to Stroger Hospital. And unfortunately, she did not make it. Jontae was shot oncce in the torso and taken to the same hospital, where he was listed as in serious condition, according to law enforcement. They believe the shooting to be gang-related, as investigators connected another shooting incident, where two people were shot in their car at a Popeyes in Humboldt Park.

Tawny McMullen, Jaslyn’s aunt, said that Jaslyn was “beautiful” and a “really sweet child.” Jaslyn was also best friends with Tawny’s 8-year-old daughter, and Lawanda, Jaslyn’s grandmother, explained how Jaslyn loved to dance and post TikTok videos on social media platforms. Jaslyn’s nickname at her school, Cameron Elementary School, was “Pinky” because “she was bright” and pink was her favorite color, according to her other family members. They are begging for gun violence to end. Tawny said, ?Put the guns down. Our kids want to play, my kids can?t even go out the door because of [the violence.] Please put the guns down, please. My 8-year-old baby says she doesn?t even want to go outside to play because she?s scared she?s going to get shot. This has gotta stop.?

As police continue investigating the case, a vigil was held onWednesday night at the Adams home. Leaning on crutches, Jontae Adams delivered a heart-wrenching message to the crowd of reporters:

Adams revealed that his daughter’s last words were “Daddy.”

Watch: Woman Stabs Husband Because He Wanted To Use Medicinal Marijuana