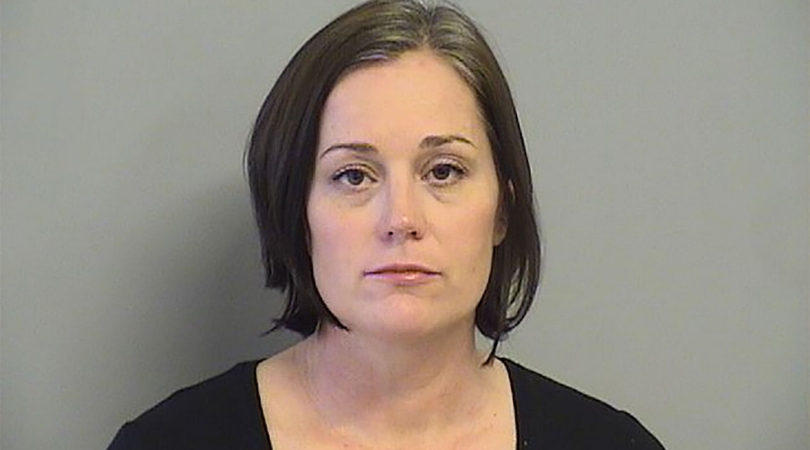 Joyce Churchwell, a volleyball coach at Berryhill High School in Tulsa, began her relationship during the 2018 and 2019 school year with the teen via Snapchat. The former teacher is also accused of sending nude photos and videos of herself. Tulsa County Sheriff’s Office stated the student admitted the encounter occurred at Churchwell’s home and involved an “adult female-a former teacher at the district.” The affidavit stated the male student was 18-years-old at the time of the incident.

Churchwell turned herself in after authorities issued an arrest warrant, and was charged with first-degree rape. She was booked into Tulsa County Jail. Authorities believe there may be more victims after the Tulsa County Sheriff’s office learned she had sent inappropriate messages to another student who didn’t follow through.

Amid investigation, authorities discovered Churchwell was placed on a leave of absence. Through a statement, Berryhill School District reassured parents that they take the safety of its students very seriously and “does everything it can to provide a safe learning environment.”

The district is cooperating with law enforcement during the investigation and noted they will take the appropriate action when the investigation is complete. TCSO is urging parents to monitor their children’s social media accounts, and if there are other victims out there, they are urged to come forward.

Now, putting my two cents about this mess of a situation, this woman was just looking for a vulnerable student to take advantage of. She probably used her power as a teacher to lure this student in. This is absurd, really. Also, are we just going to forget about the other high school teacher? What happened to her? Shouldn’t she be arrested too?