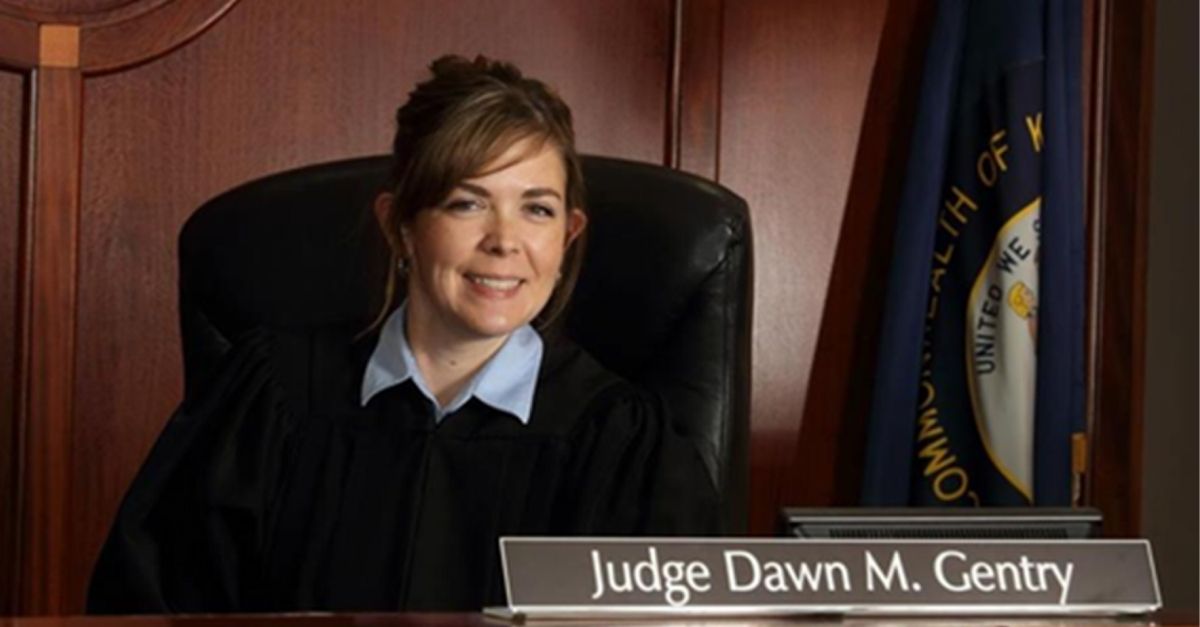 Well, I’ll be damned, I have to admit I didn’t see this one coming. A Kentucky judge, who decided she needed an extra bit of fun, was accused of using sex and booze to turn her courtroom into a relaxing “safe space” only to be kicked off the bench by a judicial panel. A five-member judicial commission voted unanimously to remove Kenton County Family Court Judge Dawn Gentry, who was suspended with pay in December pending a misconduct probe. What did this 39-year-old do? Well, she was accused of creating quite a Rowdy atmosphere at the courthouse, hiring her bandmates and boyfriend, allowing drinking during work hours, and using sex, coercion, and retaliation against several important boys who did not back her political campaign.

When I tell you this is one hardcore judge, that’s saying the least. In regards to its decision, the Kentucky Judicial Conduct Commission wrote, “This case does not involve one or two isolated occurrences, but instead involves a pattern of misconduct and repeated exercise of extremely poor judgment — on and off the bench — by the respondent that continued for over a year, including after respondent was informed that a complaint was filed with the commission against her.” Yup, extremely poor judgment is really the key term in this whole situation.

The Judicial Conduct Commission also added that the judges should always “aspire at all times to conduct that ensures the greatest public confidence in their independence, impartiality, integrity, and competence. Respondent failed in essentially every respect of this fundamental rule applicable to all judges.” Among the very risque allegations, Gentry is being accused of forcing of Veteran Courthouse employee to resign so that she could indeed hire Stephen Penrose, who is the former pastor, and her reputed paramour, and had several nude photos of him on her cell phone. According to The Cincinnati Enquirer, the judge’s secretary, Laura Aubrey propositioned her to engage in a threesome with her and Penrose and made sexual advances. Aubrey testified during the misconduct disciplinary hearing that the three later pulled a prank by making several grunting noises inside the family court judge’s chamber for other employees to hear.

The judge was also accused of retaliating against attorneys who decided to support the work of a re-election campaign in 2018, typically holding out on lucrative guardianship assignments as punishment. Gentry’s attorney, Jeff Lawson, called the commission’s decision, “the equivalent of the judicial death penalty,” Think she would appeal the ruling. The Covington-based attorney said Gentry will appeal. According to Lawson, Removal from the bench is “the equivalent of the judicial death penalty.” Gentry became a judge back in 2016 when former Republican Gov. Matt Bevin chose her to fill a vacancy.