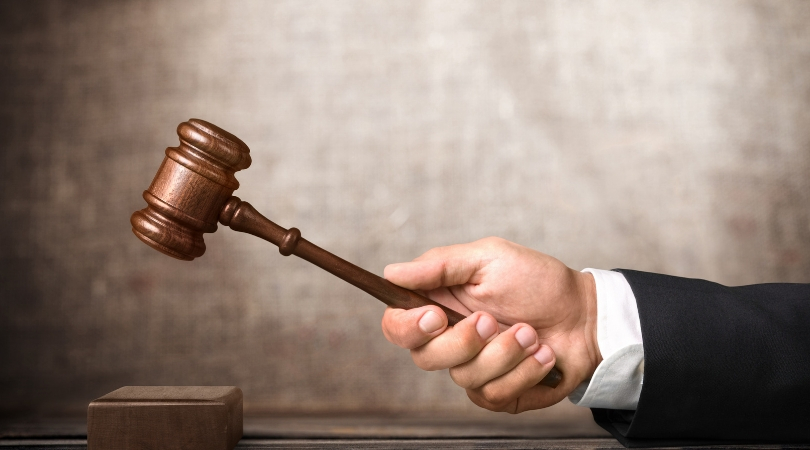 I really don’t get the justice system. There have been so many cases that have boiled my blood due to the sentences that judges decide to give people because they “see hope in them” or “didn’t think things through” blaming it on their poor decisions or alcohol. When a judge decides not to punish an individual who is clearly guilty, they will probably do whatever their crime was again because they think they will get away with it…again. Like in this case, where a New Jersey appeals court is blasting a state family court judge and reversed his decision after he refused to try a 16-year-old boy accused of raping a 16-year-old girl and sending videos of the alleged sexual assault to his friends.

Yes, New Jersey Superior Court Judge James Troiano denied prosecutor’s motion to try the 16-year-old kid an adult, stating, “This young man comes from a good family who put him into an excellent school where he was doing extremely well. He is clearly a candidate for not just college but probably for a good college. His scores for college entry were very high.” The judge also decided to give a list of all his extracurricular activities, including that he was an Eagle Scout.

This is Judge James G. Troiano of the Monmouth NJ Superior Court, and he made this disgusting ruling. He should resign immediately. I will continue to share his name and face. pic.twitter.com/hYte5xobjc

According to prosecutors, the boy, only identified in court documents as G.M.C., sexually assaulted a 16-year-old girl while at a pajama party with 30 other teenagers. The New Jersey teenagers were drinking at the time, and the boy, who was drunk, decided to walk to a closed off darkened area of the room with the “visibly drunk victim” and filmed himself on his cell phone penetrating the girls from behind. The girl’s torso was exposed and her head was hanging down. The teen then sent the clip to several of his friends and in the day following the incident, send them a text message saying, “When your first time having sex was rape.”

So not only did this sick kid rape a girl who couldn’t even move because she was physically unconscious, but he decided to film the process and send it to his buddies, and even he called it rape. What more proof do you need? Tell me again why he deserves a lighter sentence, James.

Oh, yeah, because according to the judge, there is a very distinct difference between sexual assault and rape. The judge said that “traditional case of rape” generally involved two or more males using a gun or weapon to corner a victim into an abandoned house, shed or shack” and is taking advantage ot the person as well as threatening them or beating them. He continued, “I still in my mind … distinguish between a sexual assault and a rape … in my mind there is a distinction. There have been some, not many, but some cases of sexual assault involving juveniles which in my mind absolutely were the traditional case of rape.”

Two apparently pro #rape judges. AND ONE IS #FEMALE. Superior Court Judge James Troiano is a disgrace, embarrassment, and in need of immediate removal from the justice system and society at large. https://t.co/F8QkO7s1Fe

The New Jersey judge then expressed high concern that the prosecutor didn’t indicate that she explained to the victim and her mother the “devastating effects a waiver should have on G.M.C.’s life.” This according to the appeals court, which last month reversed Troiano’s decision, urging the case be moved from family court to a grand jury where the boy will be treated as an adult.

The appellate panel defended their actions, stating, “That the juvenile came from a good family and had good test scores we assume would not condemn the juveniles who do not come from good families and do not have good test scores from withstanding waiver applications.” Troiano is one of the two family courts judges in appeals courts in New Jersey that have made headlines in recent weeks over very similar cases.

Superior Court Judge James Troiano in New Jersey should be removed immediately! Another prime example of excusing vile behavior based on privilege. The victim will suffer from this for the rest of her life, but that's not taken into consideration…. https://t.co/4l7t6kjart

The appellate decision reversed Middlesex County family court Judge Marcia Silva’s decision to not try a 16-year-old boy as an adult after being accused of sexually assaulting a 12-year-old girl in 2017. Silvia’s reasoning behind her decision? Apparently, he said that even if the girl’s claim was true, “the offense is not an especially heinous or cruel offense beyond the elements of the crimes that the waiver statute intends to target.”

This is terrible. More than terrible. It’s shameful and pathetic. This kid deserves to be treated as an adult, he knew that he was doing and decided to flaunt it. In what universe is this okay? Not only does the victim have to live with this for the rest of their life, but they have to face a judge who doesn’t understand the gravity of the situation and has to live knowing that no criminal charges were given to their rapist. How is justice being served, here?