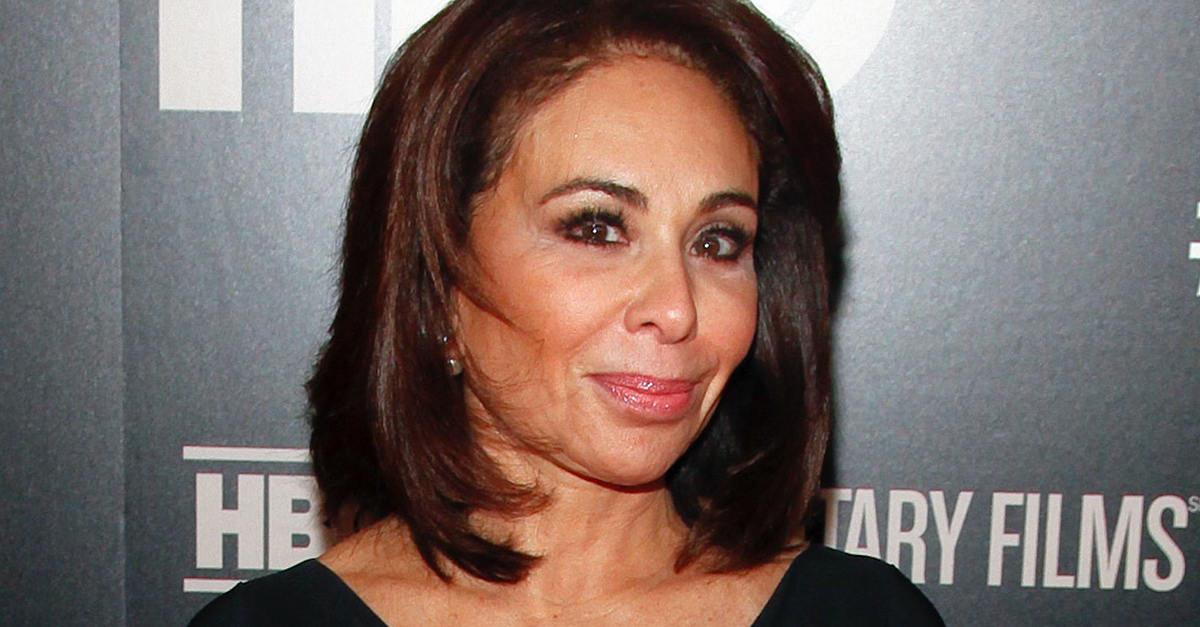 Just a few days after Jeanine Pirro was issued a speeding ticket for driving 119 mph in a 65 mph zone in upstate New York, the Fox News anchor is now making news for a comment no one was supposed to hear.

While filling in for Sean Hannity on Wednesday night, the program returned from a commercial break and caught Pirro speaking rudely to someone off-camera, likely a Fox News staffer, since both guests on the show that evening appeared via satellite.

“You know, you’re pissing me off,” Pirro said before suddenly realizing she was on the air. Her facial expression suggested she knew at least part of what she said was heard by Fox News viewers.

RELATED: Judge Jeanine Pirro went off on Hillary Clinton and declared it is time to “lock her up”

She quickly put on a smile, looked into the camera and said, “Welcome back to this special edition of ‘Hannity!’”

But it was clear that Pirro realized she had goofed.