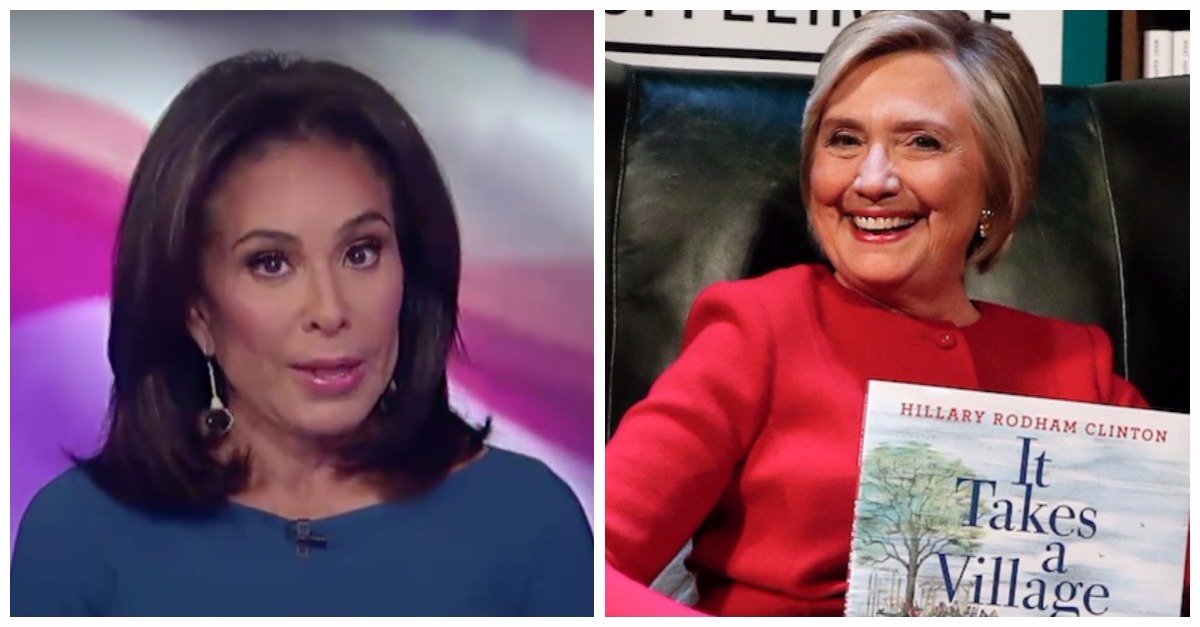 Fox News’ Judge Jeanine Pirro said in a lengthy opening on her show Saturday night that it’s “time to shut it down, turn the tables, and lock her up,” referring to former Democratic presidential candidate Hillary Clinton.

Pirro, in addressing a subject that President Donald Trump later mentioned on Sunday, said that the infamous dossier compiled to show Russian collusion with the Trump campaign during the election is the last straw.

Never seen such Republican ANGER & UNITY as I have concerning the lack of investigation on Clinton made Fake Dossier (now $12,000,000?),….

In case you missed it, The Washington Post reported last week that the Democratic National Committee (DNC) and Clinton campaign “helped fund research that resulted in a now-famous dossier containing allegations about President Trump’s connections to Russia and possible coordination between his campaign and the Kremlin.”

Also of note is that the conservative website the Washington Free Beacon admitted that it first hired the firm Fusion GPS during the election cycle “to conduct research on many individuals and institutions of interest to us and our readers,” namely “multiple candidates in the Republican presidential primary.”

Fusion GPS commissioned Christopher Steele, formerly of MI6, who produced the dossier in question, NPR reported. The Free Beacon said that it hired Fusion GPS just as it hired other firms to look into Hillary Clinton and said it had no connection with the Steele dossier.

Yet Pirro focused on the Clinton campaign angle, declaring that it is “time to shut it down […] and lock [Clinton] up.”

“It’s time, folks. It’s time to shut it down, turn the tables, and lock her up. That’s what I said. I actually said it. Lock her up,” she said. “Now this dossier was used not only to smear the president. It was used to create a special counsel, it was the basis for congressional hearings, the reason for wall-to-wall anti-President Trump coverage.”

It was announced Friday that a federal grand jury approved charges filed by Mueller and that those charged could be taken into custody as soon as Monday.

RELATED: Judge Jeanine is already sick of seeing Hillary Clinton and wishes she’d get back to the woods

What those charges are remain to be seen.