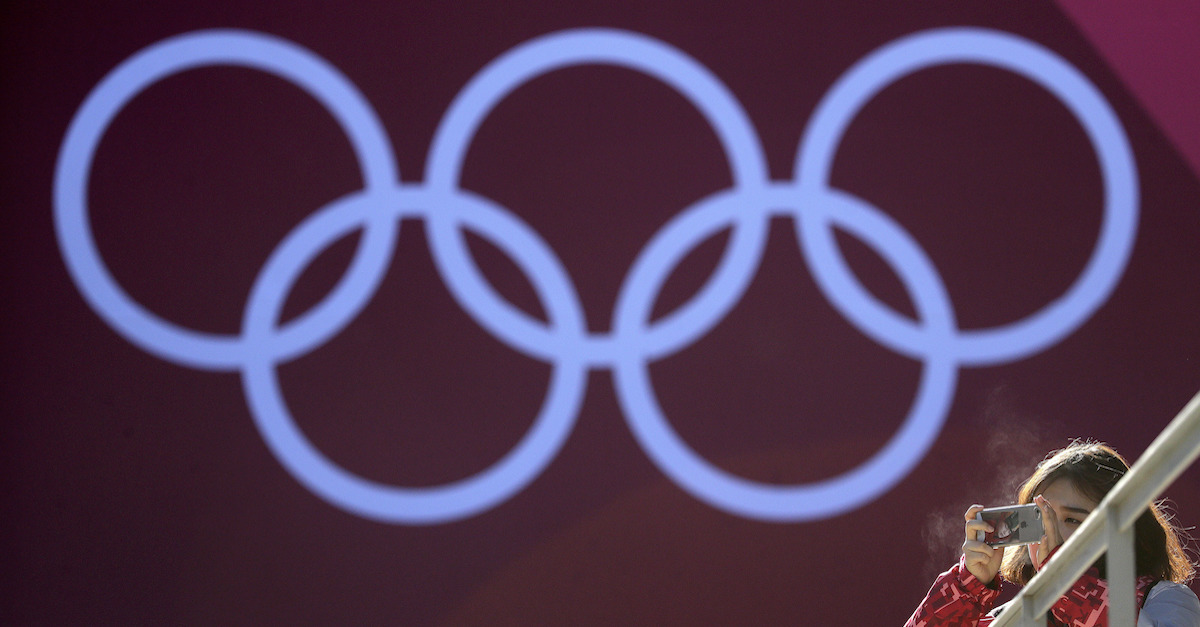 A volunteer takes photos of practice for the women's luge competition in the 2018 Winter Olympics at the Olympic Sliding Center in Pyeongchang, South Korea, Tuesday, Feb. 6, 2018. (AP Photo/Charlie Riedel)

The buzz leading up to the Winter Olympics in Pyeongchang, South Korea has been mostly negative and having nothing to do with sports themselves.

Whether it was Olympians preempting success by saying they wouldn’t visit the White House or North Korea acting up or horror stories from Olympics past connected to the Larry Nassar scandal, the press has not been positive.

You can now add serious health concerns just days in advance of the opening ceremony to this list of storylines.

USA Today reported that 1,200 security guards have been sidelined after concerns were raised of spreading Norovirus, this after 21 private security staff members and 11 more fell ill.

These 32 cases were confirmed to have Norovirus.

The sick have been quarantined and replaced by active military.

“To address the shortfall in security workforce due to the isolation, 900 military personnel have been deployed to take over the work of the civil safety personnel,” the organizing committee said in a statement. “They will work across 20 venues until all affected workforce are able to return to duty.”

Tests over the last five days on the water used for cooking and general consumption have proved negative for norovirus, organizers said. But hygiene inspections will be intensified on all food and beverage facilities at the Olympics, which open on Friday.

“Surveys on tap water, the food preparation staff, and food items are currently being conducted to trace the route of transmission,” organizers said.

Concerns for the health of the incoming athletes, of course, were also raised.

At least one coach has said Team USA is sticking to recommended protocol of hand washing and beefing up on vitamins, but also limiting exposure by environmental control.

“One part of that is to try to keep the home feeling. One of the things we do is cook American food that the guys like that’s also healthy. And then controlling our environment, where we try to minimize our exposure,” Head coach of the U.S. men’s Alpine ski team Sasha Rearick said, according to USA Today. “Travel’s always a risky part; having more people around is risky so we try to avoid that. And really keeping that sense of family tight, where we’re taking care of each other.”