When all other resistance fails, resort to witchcraft?

A Facebook page dedicated to the “binding” of President Donald Trump and all those who “aid and abet him” exists in real life and details at length the hex that will be cast at midnight Friday and on every other night with a waning crescent moon “until he is removed from office.”

Here’s what the page’s ‘about’ section has to say about the #magicresistance:

A mass binding ritual to be performed at midnight on every waning crescent moon until Donald Trump is removed from office. Join the #magicresistance!

RELATED: Here’s the actual site in which the Salem witch trials occurred

They have the most beautiful arrangements, believe it.

In case you were wondering about the apparent nuances at play here, “binding” is not a “curse” or a “hex.”

Binding spells, or defixiones, are some of the oldest in the historical record, and are nearly universal in the world’s magical systems. In this document, binding, which seeks to restrain someone from doing harm, is differentiated from cursing or hexing, which is meant to inflict harm on the target(s). It is understood, in this context, that binding does not generate the potential negative blowback from cursing/hexing/crossing, nor does it harm the caster’s karma.

In other words, this is not the equivalent of magically punching a Nazi; rather, it is ripping the bullhorn from his hands, smashing his phone so he can’t tweet, tying him up, and throwing him in a dark basement where he can’t hurt anyone.

“[It’s ] based on the template that underlies every functional magic system, from ancient Egyptian to contemporary chaos practices. Some Christian folk traditions, in fact, both Catholic and Protestant, employ similar methods. Adherents of any formal system should be able to tweak the above ritual to suit their practice.” 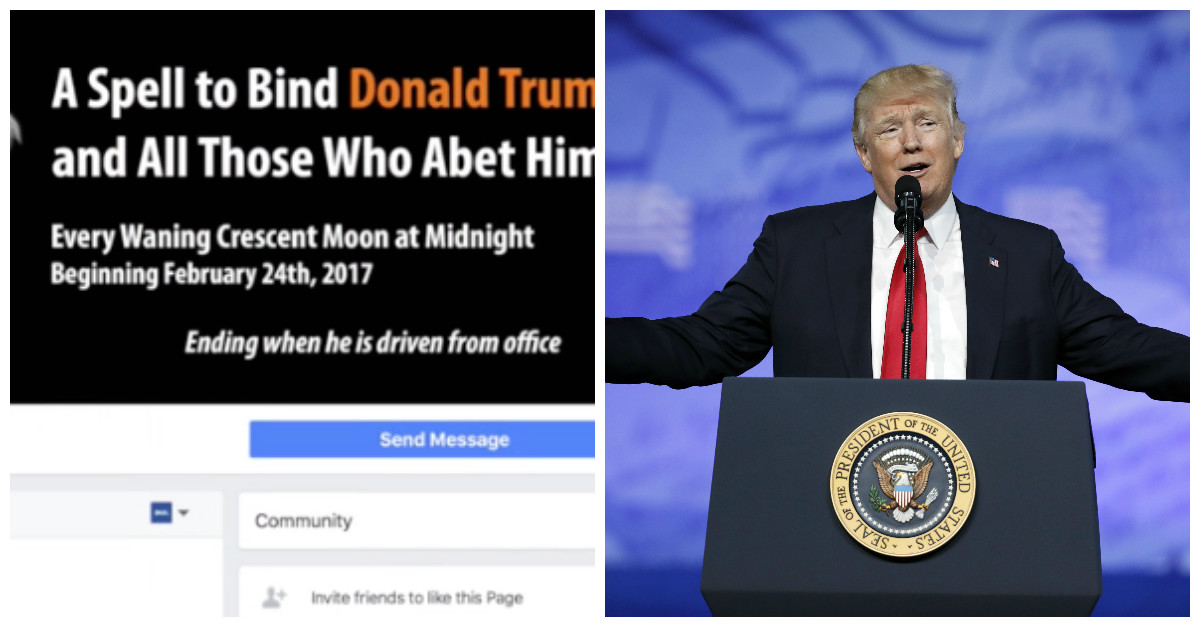