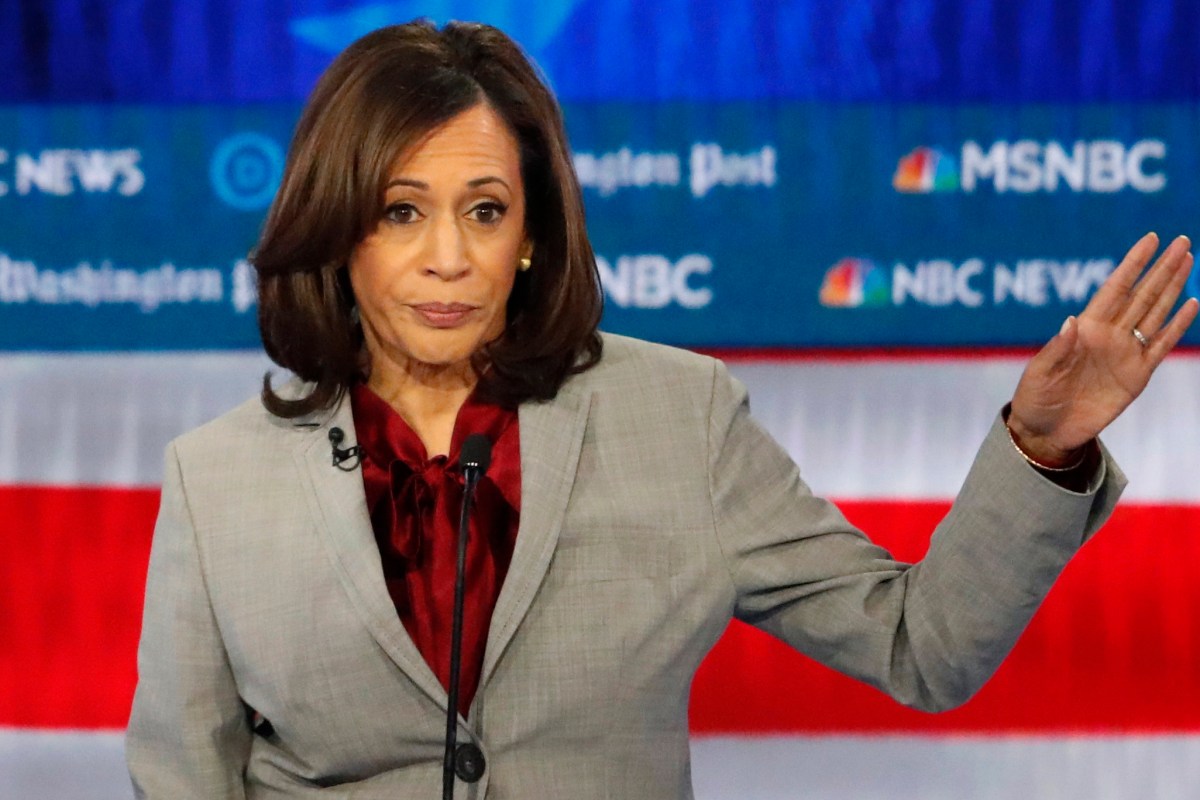 Democratic Sen. Kamala Harris told supporters on Tuesday that she was ending her bid for the Democratic presidential nomination in 2020.

“I’ve taken stock and looked at this from every angle, and over the last few days have come to one of the hardest decisions of my life,” she wrote in a note to supporters. “My campaign for president simply doesn’t have the financial resources we need to continue.”

To my supporters, it is with deep regret—but also with deep gratitude—that I am suspending my campaign today.

But I want to be clear with you: I will keep fighting every day for what this campaign has been about. Justice for the People. All the people.https://t.co/92Hk7DHHbR

Harris launched her campaign in front of 20,000 people at a chilly, outdoor campaign launch in January. The first woman and first black attorney general and U.S. senator in California’s history, she was widely viewed as a candidate poised to excite the same segment of voters that sent Barack Obama to the White House.

She raised an impressive $12 million in the first three months of her campaign and quickly locked down major endorsements meant to show her dominance in her home state, which offers the biggest delegate haul in the Democratic primary contest.

But as the field grew, Harris’s fundraising remained flat; she was unable to attract the type of attention being showered on Pete Buttigieg by traditional donors or the grassroots firepower that drove tens of millions of dollars to Elizabeth Warren and Bernie Sanders.

Harris suffered from what allies and critics viewed as an inconsistent message. Her slogan “for the people,” referenced her career as a prosecutor, a record the campaign struggled to pitch to the party’s most progressive voters.

Through the summer, she focused on pocketbook issues and her “3 a.m. agenda,” a message that never seemed to resonate with voters. By the fall, she had returned to her courtroom roots with the refrain that “justice is on the ballot,” both a cry for economic and social justice as well as her call that she could “prosecute the case” against a “criminal” president.

Watch: 2020 is Already Upon Us. What Will Bernie Sanders Do?