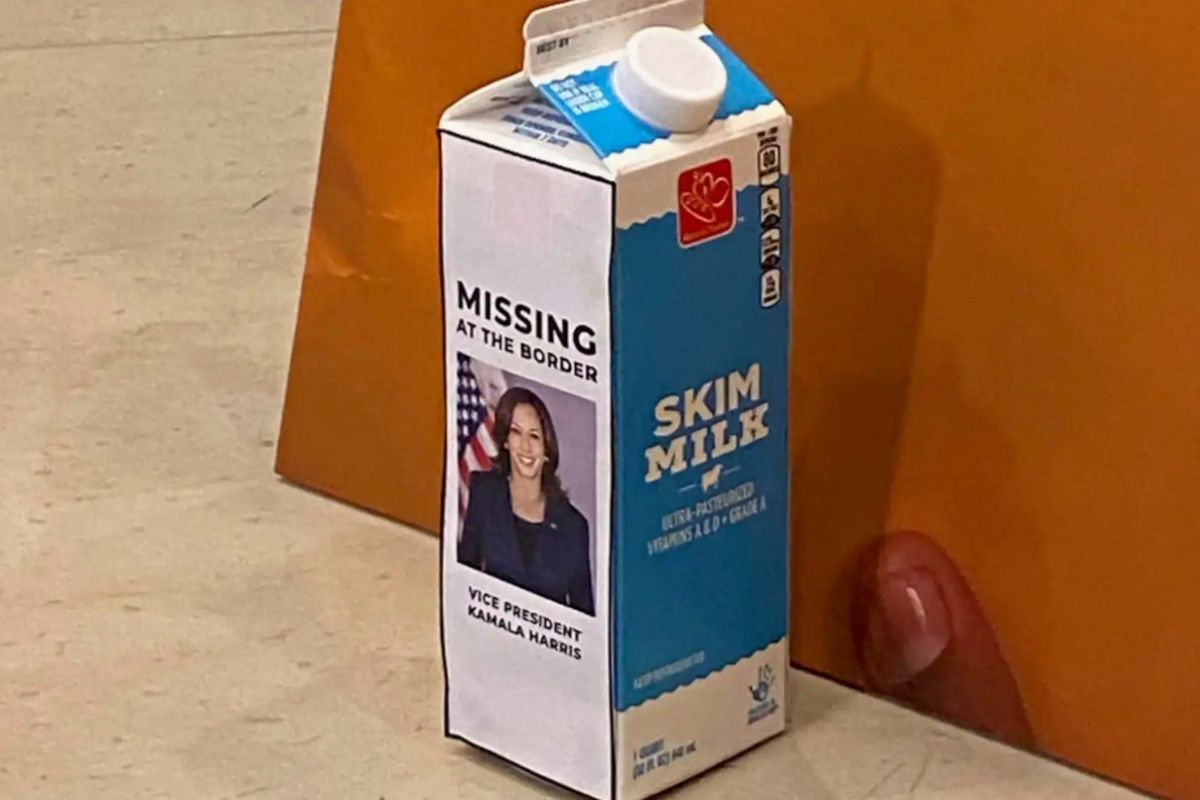 House Republicans tragically slammed Vice President Kamala Harris after failure to visit the southern border crisis ever since announcing she would play a key role in the migrant crisis. Republicans decided to put her face on a milk carton to demonstrate she was missing. House Minority Whip. Rep Steve Scalise, R-LA., had stressed the need for the Vice President to go to the Border in order to observe herself the consequences of the Biden Administration policies such as the overcrowding of unaccompanied migrant children located in federal facilities.

Scalise put Harris’s Face on the Milk Carton that was accompanied by the message “Missing at the Border” similar to the way the 80s used to publicize cases of missing children. During a press conference he stated, “If she’s the vice president of the United States and the president put her in charge of this, Vice President Harris needs to go down to the border and see this for herself because maybe she would then encourage President Biden to reverse his policies that have failed.”

According to Fox News, the current conditions are said to have more than 1,300 children at the Freeman Coliseum in Texas, which Gov. Greg Abbott called on Biden to shut down after the Department of Health and Human Services along with the Texas Department of Family and protective services after he received several complaints of child abuse taking place there. Abbott stated there were allegations of sexual assault, a fail to separate children who are infected with COVID-19 from others, children not eating, and an insufficient number of staffers.

Harris had announced that she would visit Mexico and Guatemala. But when the Vice President was asked by reporters at a Northern Triangle security Roundtable about whether she would visit the borders herself but she declined to answer. She told the Press that her job was to focus on the root causes of the migration problem.

Chad Wolf, Former acting Secretary of the Department of Homeland Security under Donald Trump, also spoke about Harris, suggesting that she needed to actually go to the Border in order to understand the conditions that are being experienced, and needs to understand and talk to women and men of the Border Patrol.

President Joe Biden and the Biden Administration did reverse nearly a dozen Trump-era immigration-related policies back in January, ending the extreme and harsh immigration enforcement, promising to expand and restore the Asylum system, causing the construction of the border wall, and offering a “path to citizenship for the estimated 11 million undocumented immigrants already living in the US.”