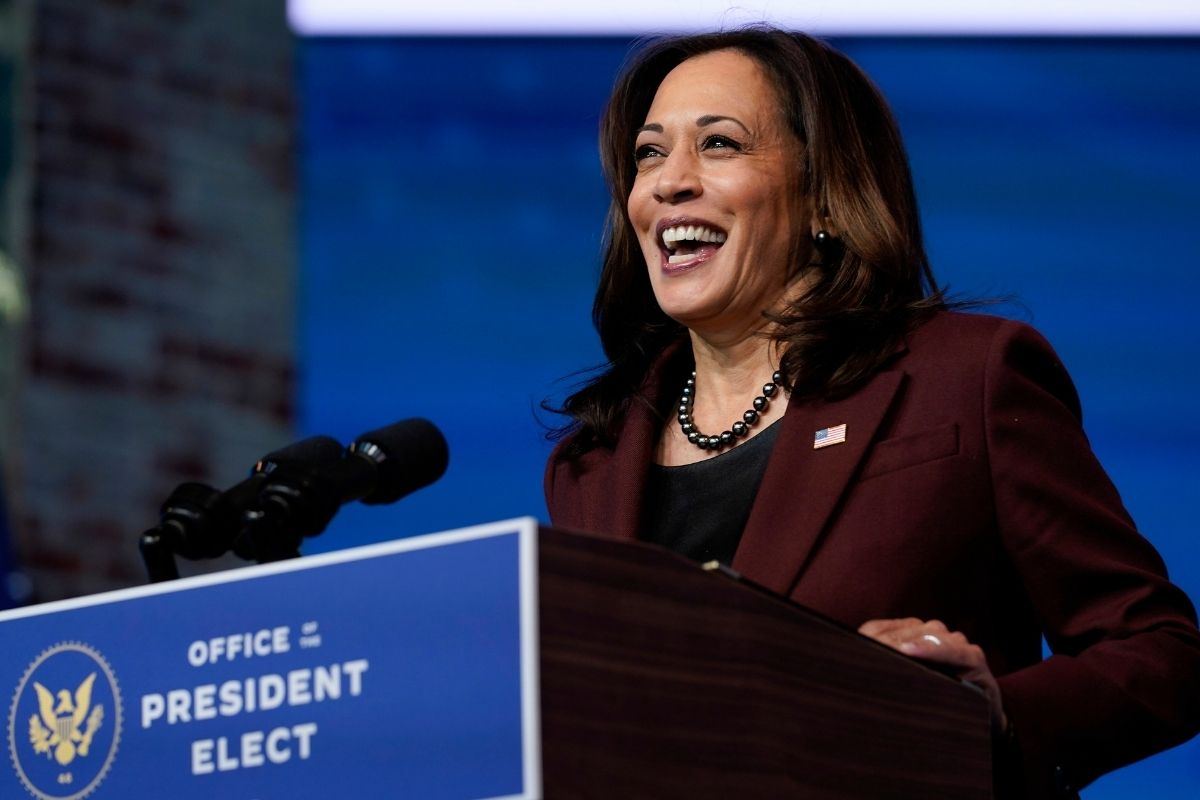 Vice president-elect Kamala Harris decided to step into the fashion realm as the cover star of Vogue’s February issue. At first, the photoshoots seem like a step forward in increasing the representation of women of color in high fashion media, as well as a gesture to the cultural significance of women in power. But the fashion magazine has received criticism after social media users called out Vogue for “botching” and whitewashing the photoshoot of the 46th vice president. Being of Indian and Jamaican descent, Harris is the first woman of color to serve as Vice President of the United States.

Vogue released a statement through their Instagram on Sunday, noting “Vice President-elect @kamalaharris is our February cover star! Making history was the first step. Now @kamalaharris has an even more monumental task: to help heal a fractured America?and lead it out of the crisis. At the link in our bio, she speaks to Vogue about how she and President-elect @joebiden will get started.”

Kamala Harris on the Cover of Vogue Magazine

As the images were being released on social media, taken by Tyler Mitchell, several users were quick to share their two main issues with the photo. One, the apparent whitewashing of her skin tone and the overly casual outfit she was wearing, which were both being seen as disrespectful. One image shows Harris against the golden background in a light powder blue suit, and another featuring her wearing a black pantsuit, wearing Converse sneakers in front of a pink curtain.

The photo with the pink curtain will be printed on the cover and sold in stores, while the image with Harris in the Michael Kors powder blue suit will cover the digital edition. Mitchell became the first black photographer to shoot an American Vogue cover when he took photos of Beyonce for the magazine September 2018 issue.

Apparently, Harris’ team and herself did not know of the cover choices, thinking that the photo of Paris in the blue blazer would be the one to hit the newsstands. But, according to TODAY, the vice president-elect decided to dress and style herself for the shoot, and that both cover photos and looks were selected by Harris and our team. Despite that news, several on social media even called for Vogue Magazine editor-in-chief Anna Wintour to step down.

According to the Los Angeles Times, Vogue released a statement defending their artistic choices, depicting the vice president-elect as more casual to reflect her, ?authentic, approachable nature, which we feel is one of the hallmarks of the Biden-Harris administration.? Vogue Magazine stated that the green and pink colors that were used in the photo set to be the print cover of Vogue are meant to mirror Harris’ college sorority, Alpha Kappa Alpha at Howard University, which is a historically black organization.

I think it's a photo designed to convey a strong message about whom she is. Look at the pink satin contrasting with the casual, down to earth outfit with the funky shoes. And then the slogan: "By the people, for the people". It conveys everything @KamalaHarris is. I love it. pic.twitter.com/FfHGzFw4Rw

One user stated, ?Folks who don’t get why the Vogue cover of VP-elect Kamala Harris is bad are missing the point. The pic itself isn’t terrible as a pic. It’s just far, far below the standards of Vogue. They didn’t put thought into it. Like homework finished the morning it’s due. Disrespectful.?

Others defended the photoshoot by saying that the picture represented Harris in all ways. Twitter user @HypeVaughn tweeted, “Vogue knows Kamala Harris loves her sorority, suits, comfortable pants and chuck taylors. So they just jumbled it all together for the cover. Except they couldn’t decide whether she is going to a luxe French salon, the Senate floor, or taking a jog.”

In the interview with Vogue, Harris addressed her hopes for the Biden Harris Administration, assuring them that she, “will always speak the truth, always give (president-elect Joe Biden) my opinion, which will be based on fact and knowledge and life experience, and do it in a way that allows him, when he makes a decision, to make it with full information about the impact ? and he has asked me to do that.”