If you starred in a film and helped make it the highest-grossing movie ever, you’d get mad respect, right? Not necessarily so, Kate Winslet recently revealed.

Twenty-five years after Titanic crashed into theaters and made $2.2 billion, the widely respected actress recently revealed that she endured body-shaming during that period.

Kate Winslet alleged on a podcast that she experienced relentless, nasty body-shaming — from journalists in particular — Variety reported Tuesday.

For an actress who starred in Titanic and helped make it the biggest movie of its time, the insults were particularly maddening.

“Apparently I was too fat,” Kate Winslet reportedly said. “Why were they so mean to me? They were so mean. I wasn’t even f***ing fat.”

James Cameron’s Titanic lived up to its name and became a film that the vast majority of moviegoers saw.

Two of the most memorable scenes from the blockbuster — beyond the doomed ship breaking in half and sinking into the ocean — involved Winslet. In one of them, her character is in the buff while co-star Leonardo DiCaprio’s character draws a picture of her.

It still stands as one of the most intimate, romantic, and sincere scenes in modern-day cinema. Those who read up on the making of Titanic learned years ago that Kate Winslet did not use a body double for the scene.

Another unforgettable scene takes place toward the end of the movie, which had a running length of three hours and 15 minutes.

That scene, too, pulls at the heartstrings: DiCaprio’s character freezes to death in the ocean while saving the life of Winslet’s character, who survives thanks to a floating door that could only hold one person.

Some critics of that scene said both characters could’ve survived sitting on the door, were it not for Winslet’s weight. That’s a head-scratching belief for those who also watched the aforementioned nude-sketch scene.

Winslet reportedly commented that she should’ve had words with anyone who body-shamed her.

“I would have said to journalists, I would have responded, I would have said, ‘Don’t you dare treat me like this. I’m a young woman, my body is changing, I’m figuring it out, I’m deeply insecure, I’m terrified, don’t make this any harder than it already is.’ That’s bullying, you know, and actually borderline abusive, I would say.”

“Body shaming” is still a relatively new phrase in the English lexicon. But that type of behavior to which it refers existed far longer than any of us can remember.

Kate Winslet is a strong promoter of women developing a positive body image of themselves. Performing nude in film is one way she tries to further that goal, Vogue reported in November 2017.

However, she doesn’t take off her clothes onscreen just for the sake of it. The actress told the Wall Street Journal in early September 2017 that her doing so has to further the plot of the movie. 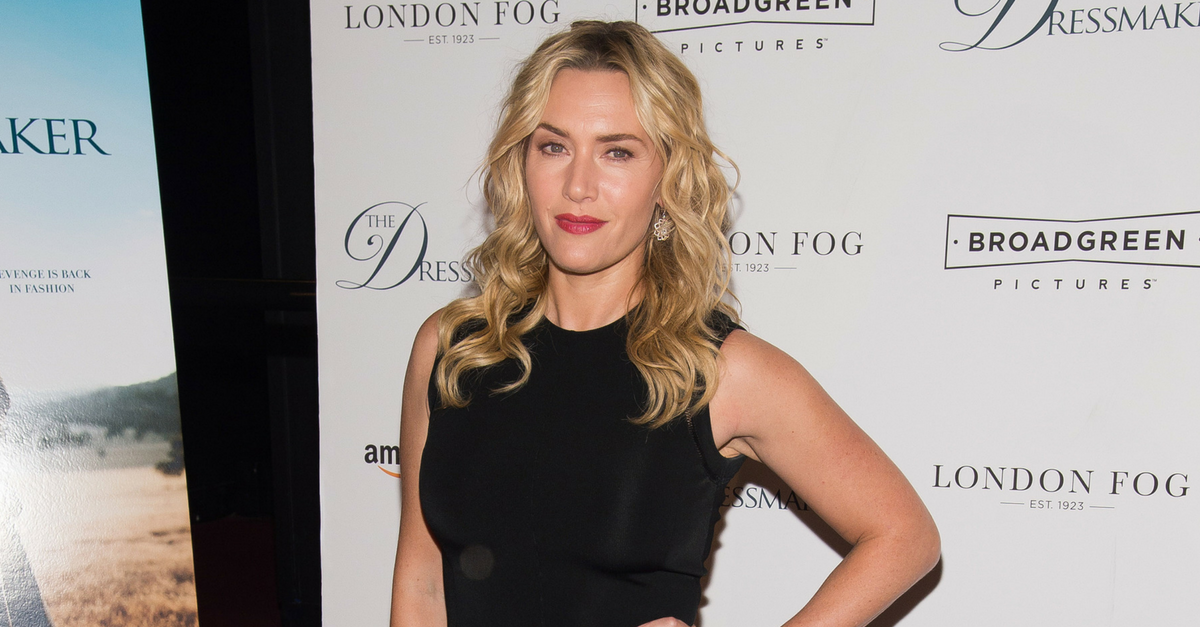