Comedian Kathy Griffin, who has had a hard time getting her career back on track since her infamous Trump mock beheading stunt, and who returned to the stage just yesterday wearing a Trump mask, has chimed in on the national anthem protest debate by criticizing Vice President Mike Pence for leaving the 49ers-Colts game on Sunday.

Griffin tweeted at Pence to say “Gurrrrl, nobody asked you.”

Gurrrrl, nobody asked you. Go on. Get yourself to the bathhouse. Jeff Sessions is waiting https://t.co/0sc9Un3izf

She told Pence to get himself “to the bathhouse” where United States Attorney General Jeff Sessions (R-Ala.) was waiting.

In case you missed it, President Trump did tweeted Sunday that he did instruct Pence to leave if any players protested during the national anthem.

“I asked @VP Pence to leave stadium if any players kneeled, disrespecting our country. I am proud of him and @SecondLady Karen,” he said.

Earlier Sunday, Pence explained why he decided to leave the game in a statement on Twitter, the statement Griffin responded to.

I stand with @POTUS Trump, I stand with our soldiers, and I will always stand for our Flag and our National Anthem. pic.twitter.com/B0zP5M41MQ

“I left today’s Colts game because President Trump and I will not dignify any event that disrespects our soldiers, our Flag, or our National Anthem,” he said. “At a time when so many Americans are inspiring our nation with their courage, resolve, and resilience, now, more than ever, we should rally around our Flag and everything that unites us.” 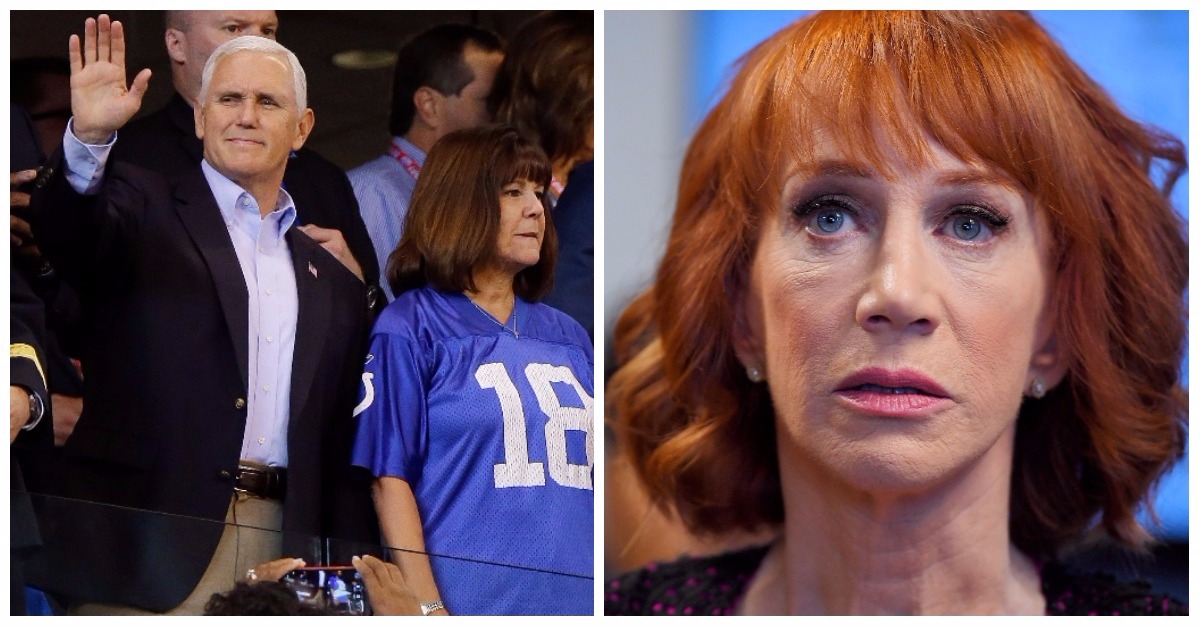