Menu
Follow us
Search
Menu
Search
Twitter/@PEOPLE, Erik Menendez, one of two brothers convicted of murdering their parents listens to tesimony during trial proceedings in Los Angeles Thursday, March 28, 1996. The jury is now hearing testimony to decide whether or not to recommend death or life in prison. (AP Photo/Nick Ut,Pool)

Just when you thought Kathy Griffin was out of the picture, she jumped right back into the fray by showing off an absurd portrait of her painted by none other than Erik Menendez, who is spending the rest of his life in prison along with his brother Lyle for the 1989 murders of their parents.

Neighbors Griffin and Kim Kardashian West, PEOPLE reported, were hanging out over the weekend, and Kardashian just couldn’t resist sharing a photo op on Snapchat.

This is what resulted:

“The Menendez special,” Kardashian said on Snapchat, zooming in on the artist’s signature. “Look who painted this for her.”

Even weirder, this isn’t the first time Griffin showed off the portrait. You can go back as far as 2010 on “Larry King Live.” That video is available for viewing above.

At the time, she described it as “heaven.”

“As a comedian, it’s heaven for me,” she said. “I mean, when I saw that painting come, I thought, OK, this is a nice painting. What the heck am I going to do with the painting of myself, that’s weird. And then when I looked down and saw Erik Menendez, I thought this has to be framed.”

Kim Kardashian and Kathy Griffin are neighbors who hang out and talk about the Menendez Brothers and gingerbread houses pic.twitter.com/OzstUtGxuM 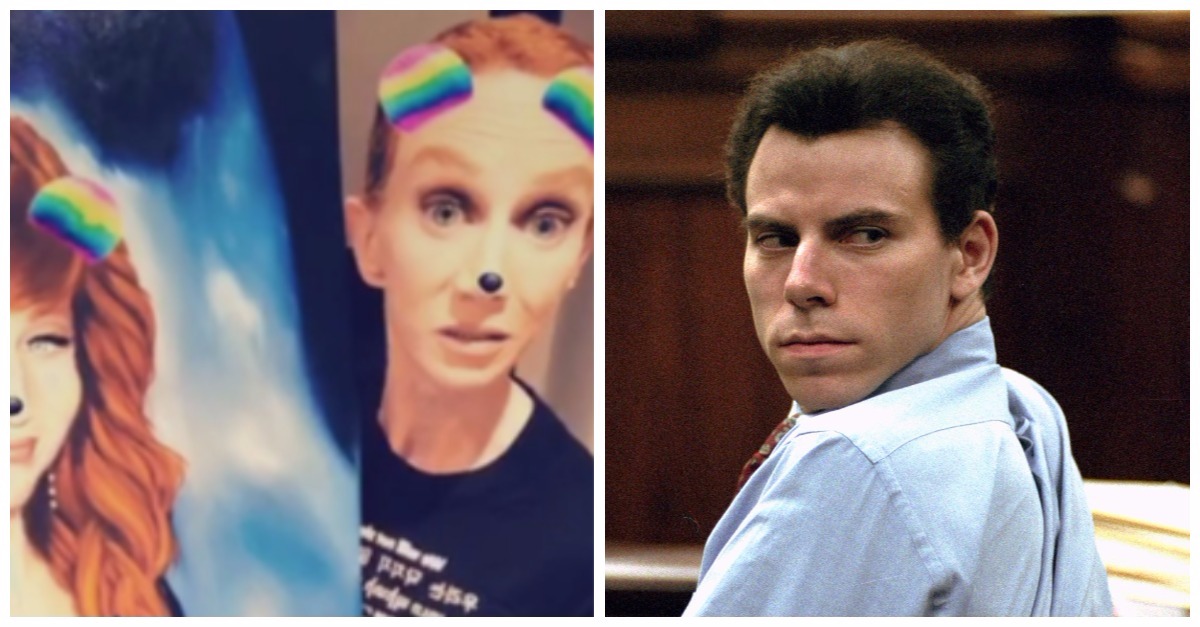