Kathy Griffin just did a complete 180 on her apology for the mock beheading, and went a step further 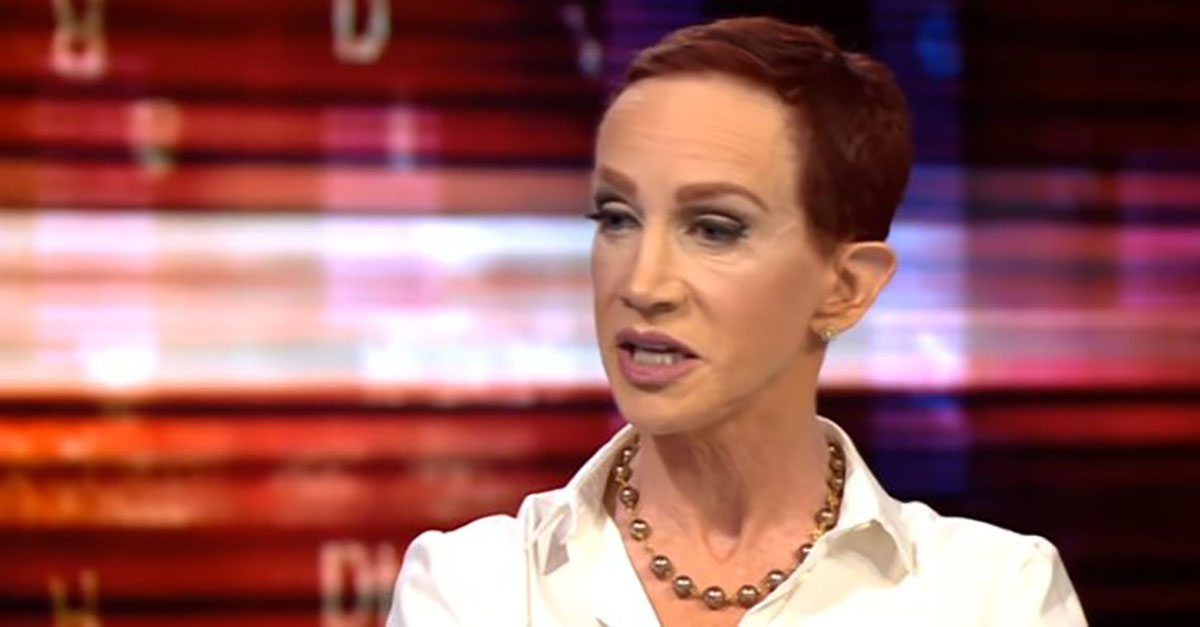 Kathy Griffin’s career has taken a massive hit this year, and after her latest interview, that’s unlikely to change soon.

Back in November, the comedienne sat down for an interview on BBC’s HARDtalk, where she discussed her infamous Donald Trump photo. According to Griffin, it was her “first serious, non-talk show interview since May.” During the heated 20 minute long exchange with host Stephen Sackur, she took back her apology for the controversial incident in which she was photographed holding a bloody decapitated head made to look like the President.

“The reason I made the apology is that when the image went out, I thought people would just think, ‘That’s Kathy doing another shocking image,’” she continued to explain. “I’ve done many throughout my entire career, and I’ve said many shocking things. When I won my first Emmy I said, ‘Suck it, Jesus, because this award is my God now!’ And you know, the conservatives took ads out in the papers. That’s what they like to spend their time and money on. So yes, I knew what I was doing.”

Her lack of remorse, however, didn’t stop there. Griffin, who recently uploaded the full length interview to her YouTube channel Monday, slammed Trump once more over the public’s “faux outrage.”

“None of this outrage would have happened if Donald Trump didn’t get freaked out that a girl shamed him,” she said. “That’s what this is about.”

Griffin took her comments to eyebrow-raising levels when she alleged that she is “more of a patriot than any of those Nazi Trumps on a good day.”

“And yeah, I think our president is a Nazi. I think that people should be very frightened,” she fumed. “I think there is an actual Nazi — or at least someone with Nazi leanings — in the White House.”

Griffin continued her jeers against the Trumps, referring to Donald Trump Jr. and Eric Trump as  “Eddie Munster” and “Date Rape,” respectively.

According to the embattled celebrity, the Trump campaign is responsible for “trying to stop her from making a living” and contributing to her continued death threats. When asked why the president would be trying to blacklist her, Griffin claimed that Trump “doesn’t govern” and just “worries about [her] and Colin Kaepernick.”

“I don’t have one single day of paid work ahead of me in my own country,” she said, blaming Trump, “and I’m a work horse.”