Comedian Kathy Griffin, no stranger to political controversy, threw her support behind unemployed quarterback Colin Kaepernick on Sunday, saying on Twitter that she’s proud of him for his social activism and his resilience in the face of criticism and backlash.

NFL player protests continued Sunday following President Donald Trump’s comments that players who protest should be fired. Meanwhile, Kaepernick remains out of the league. He started the protest last year by first sitting and then kneeling during the national anthem in protest of racial injustice and police brutality.

Griffin tweeted Sunday: “I’m proud of you [Colin Kaepernick.] Your activism has come at a price but you haven’t backed down…not even once. Thank you for leading the way.”

I'm proud of you @Kaepernick7. Your activism has come at a price but you haven't backed down…not even once. Thank you for leading the way. pic.twitter.com/s0CeLba9RT

Kaepernick’s former team put on a unique display of protest and unity prior to Sunday’s game against the Arizona Cardinals. Thirty players knelt in a row with their hands over their hearts, while the rest of the players and coaches stood directly behind them.

RELATED: Kathy Griffin is still showing off a portrait painted of her by a notorious U.S. murderer

A number of players around the league Sunday either knelt, sat or raised a fist during the national anthem. On Saturday, Trump tweeted that it is “very important” for players to always stand during the playing of the anthem.

Griffin not long ago was embroiled in her own controversy when a picture of her holding a fake severed head that was supposed to be Trump went viral and caused an uproar that eventually led her to losing her CNN New Year’s Eve gig.

Griffin eventually apologized for the photo and was even questioned by the Secret Service. 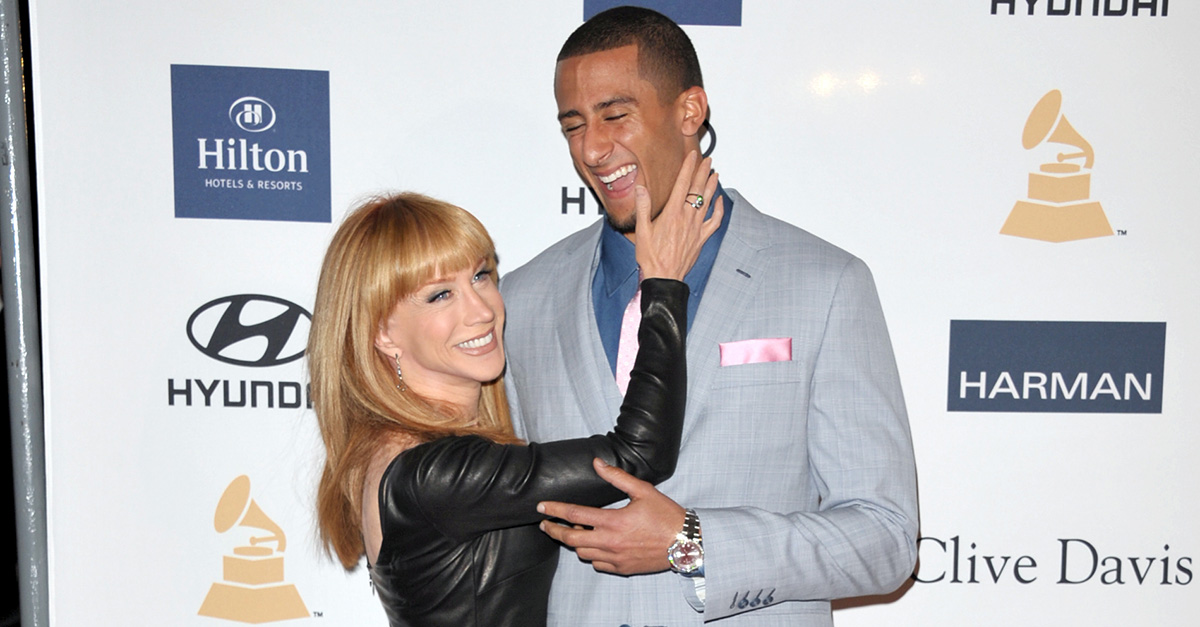