CNN anchor Anderson Cooper was “shocked and upset” enough by Kathy Griffin’s Donald Trump beheading stunt that it has Griffin declaring their friendship “over.” The two, who had been long-time friends and colleagues at CNN, have drifted further and further apart. According to Griffin, who commented on this subject and others in an interview with New York Magazine on Sunday, she and Cooper are done for.

RELATED: Kathy Griffin just dove head first back into politics by mocking Trump’s lawyer at her own expense

Cooper was quick to condemn Griffin at the end of May, saying, “For the record, I am appalled by the photo shoot Kathy Griffin took part in. It is clearly disgusting and completely inappropriate.”

Griffin said, and CNN confirmed this, that Cooper didn’t reach out to her directly until August 10, despite his comments on “Watch What Happens Live with Andy Cohen” on July 26 that the two were still friends.

“Yeah, we’re still friends, and look I said what I said about — I didn’t think what she said was appropriate, but I wish her the best and I hope she bounces back,” he said then.

Griffin said the last straw was Cooper telling people they were still friends while not reaching out to her privately. New York Magazine’s Yashar Ali wrote that “The fact that Cooper was telling people publicly they were friends, while not checking in with her, hurt Griffin deeply. When he finally reached out to her in a series of text messages, she told him their friendship was over.” 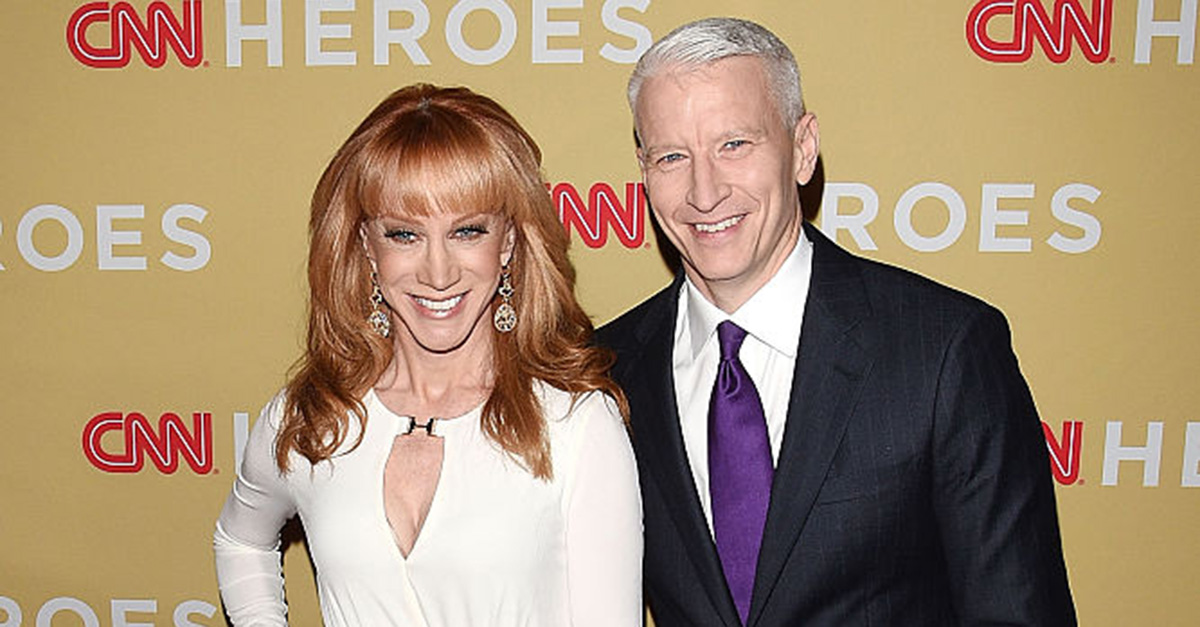