In a new New York Magazine profile on counselor to the president Kellyanne Conway, the woman who ran President Trump’s campaign opened up about the job she was almost offered: press secretary.

“Slit my wrists, bleed out, put cement shoes on, jump off the bridge, and then I’ll take the job — are you kidding me?” she responded when asked if she would ever want Sean Spicer’s job.

Her statement came after correspondent Olivia Nuzzi asked for some insight into the day when Conway said on air that former National Security Advisor Michael Flynn had the “full confidence” of the president. Hours later, it became evident, however, that was not the case. Flynn resigned that night, and questions about Conway’s credibility spread throughout the media.

“On that one, she was definitely not in the loop. She was never envisioned to be in the loop,” Steve Bannon, the president’s chief strategist, said of the incident. “Quite frankly, I was a little surprised when I saw that.”

Spicer came to Conway’s defense, saying, “What people sometimes don’t appreciate is you’re answering on behalf of somebody whom you’re speaking for, so you’re representing their point of view, the issues that they care about, and that’s a very different thing than answering for yourself. I think sometimes people might look at a television interview and there’s an obvious answer to something, but because of what you know, or because of the direction something’s going in, or because of the discussions that may be coming up, you can’t answer it in the easiest way because you know things about how the issue is gonna evolve or a meeting that might be coming up or a piece of information that you can’t share that makes it more difficult to answer in a way than someone who’s just sitting at home watching understands.”

Nuzzi spoke with Conway about another one of her infamous flubs: “alternative facts.” After Spicer criticized the press for reporting on President Trump’s inauguration crowd size, the counselor to the president insisted that Spicer was putting forth “alternative facts.” Now, she’s walking back that statement, saying she meant “additional facts and alternative information.”

“Two plus two is four. Three plus one is four. Partly cloudy, partly sunny. Glass half full, glass half empty. Those are alternative facts,” she explained.

RELATED: Shep Smith continues his criticism while he explains why his show doesn’t quote Kellyanne Conway

Some members of the media, however, have shied away from bringing Conway on their shows since the incident, as concerns about her credibility are still swirling. But Conway has a message for anyone who doesn’t take her seriously.

“Anybody who pretends I’m not smart or not credible, it’s like, ‘Excuse me, I’ve spoken 1.2 million words on TV, okay?'” she said. “You wanna focus on two here and two there, it’s on you, you’re a fucking miserable person, P.S., just whoever you are.” 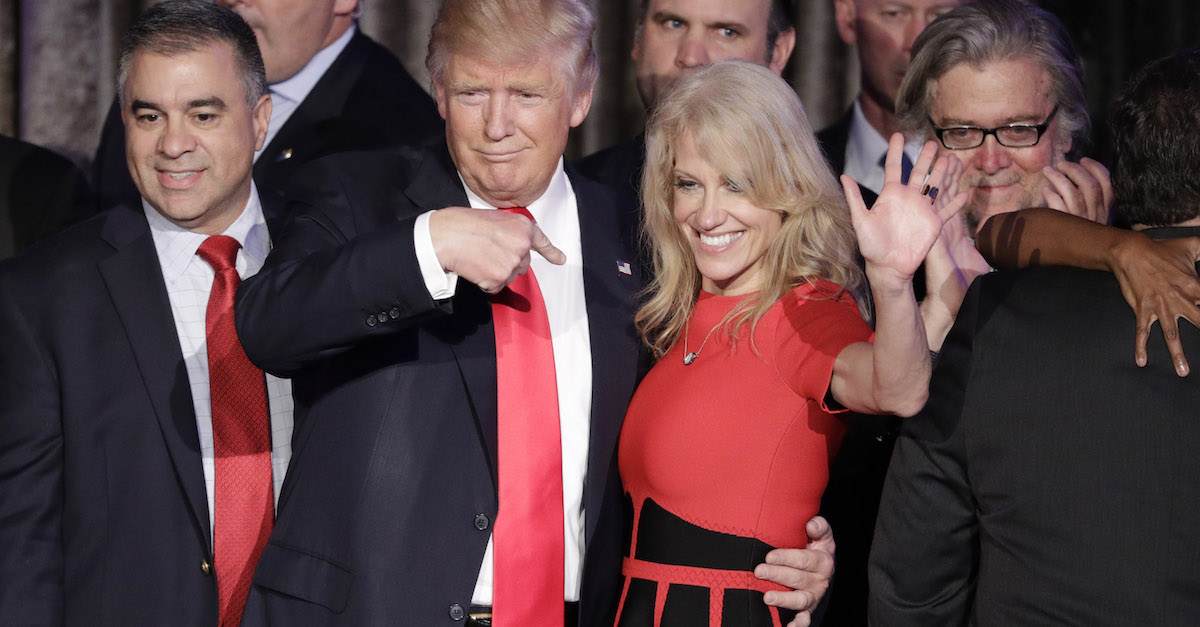