Ken Starr, who investigated Bill Clinton as a special counsel, hammers Donald Trump over his treatment of Jeff Sessions 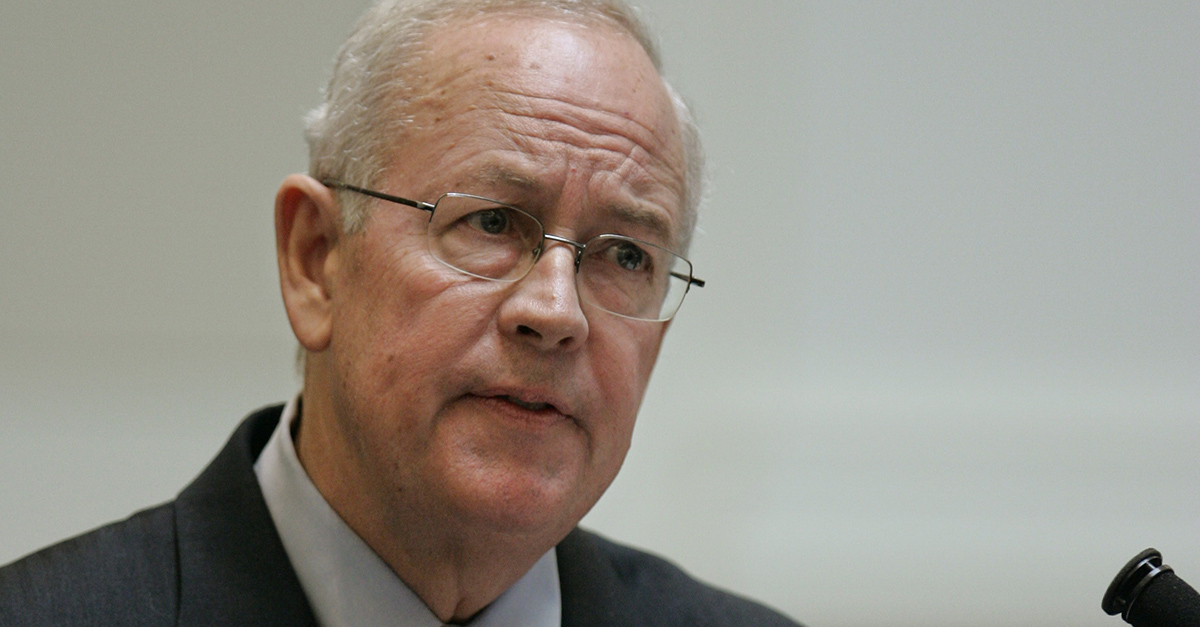 AP Photo/Paul Sakuma, Pool
Attorney Kenneth Starr gestures during arguments before the California Supreme Court in San Francisco, Thursday, March 5, 2009 on the constitutionality of the state's voter-approved Proposition 8 that bans gay unions. The court will decide whether to uphold the same-sex marriage ban and whether same-sex couple marriages will remain valid. (AP Photo/Paul Sakuma, Pool)

Ken Starr, the man who became a household name in America as the special prosecutor who carried out the investigation of President Clinton, recently wrote a blistering editorial in the Washington Post, blasting President Trump for treating his attorney general, Jeff Sessions, like a “piñata.”

The op-ed piece titled, “Mr. President, please cut it out,” criticized Trump for tweets that called Sessions “weak” and “beleaguered.” Starr wrote that Trump’s treatment of Sessions is “one of the most outrageous ? and profoundly misguided ? courses of presidential conduct [he has] witnessed in five decades in and around the nation’s capital.”

“What you are doing is harmful to your presidency and inimical to our foundational commitment as a free people to the rule of law,” Starr chastised Trump.

Starr declared that Sessions, who was one of the first senators to join the Trump Train early in the campaign, cannot serve as Trump’s “hockey goalie,” as new White House Communications Director Anthony Scaramucci described Sessions’ job.

In fact, the president isn’t even his client. To the contrary, the attorney general’s client is ultimately “We the People,” and his fidelity has to be not to the president but to the Constitution and other laws of the United States. Indeed, the attorney general’s job, at times, is to tell the president “no” because of the supervening demands of the law. When it comes to dealing with the nation’s top legal officer, you will do well to check your Twitter weapons at the Oval Office door.

Starr then provided President Trump an example from Ronald Reagan’s presidency. He wrote how Attorney General William French delivered Reagan some unwelcome news: “[…] one of the administration’s favorite tools ? the legislative veto, which was a congressional contrivance used to strike down agency regulations ? violated our system of separation of powers and was thus unconstitutional.”

Starr concluded his piece with a final plea to Trump: “Mr. President, for the sake of the country, and for your own legacy, please listen to the growing chorus of voices who want you to succeed ? by being faithful to the oath of office you took on Jan. 20 and by upholding the traditions of a nation of laws, not of men.”