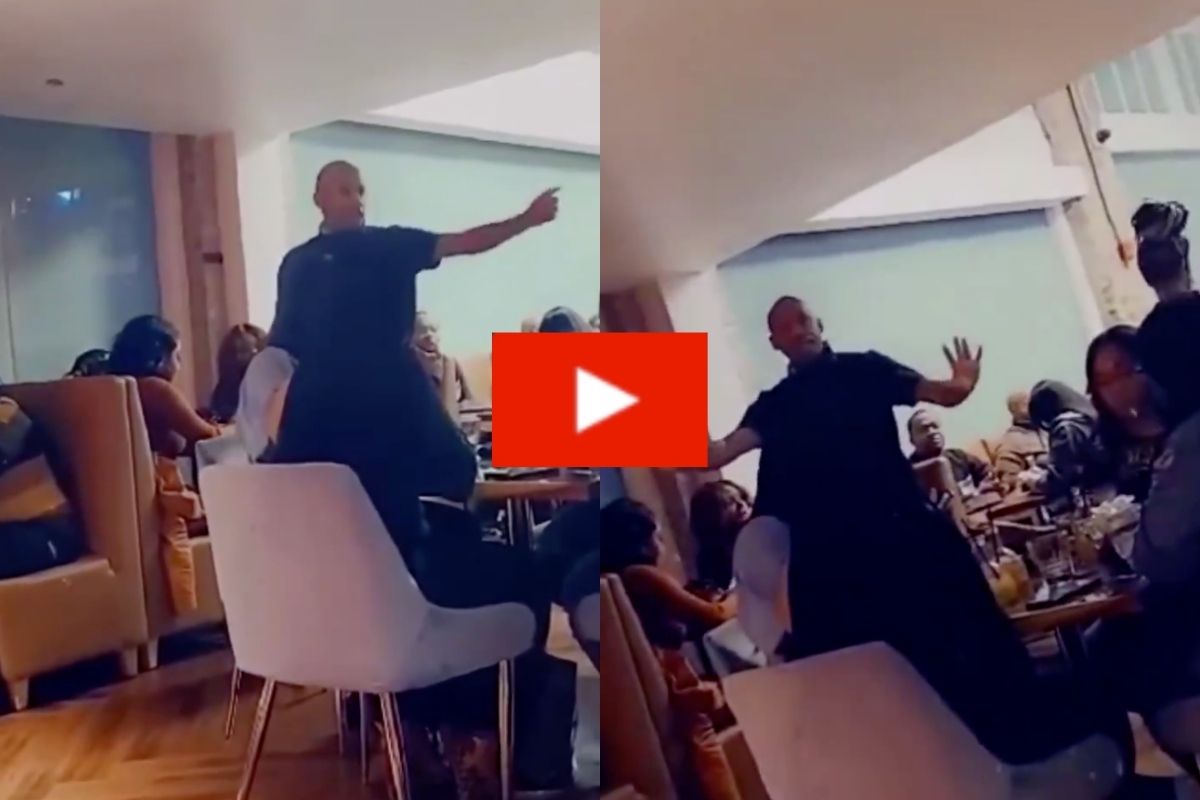 This is certainly one way to get people to know about your business- quite the PR move I have to say. After his aggressive rant went viral on social media, Kevin Kelley, the Dallas restaurant owner of True Kitchen + Kocktails, has for sure made his business pretty well known. But, not that he actually “needed” the marketing help, according to what he said.

Texas restaurant owner Kevin Kelley was caught on video telling customers that they can “get the f*ck out of [his] restaurant” for twerking inside of the business space. The viral video shows him pacing around the sea of customers sitting down, ranting and yelling about how he, “invested a lot of money into buying this building, into developing this concept so Black people could have somewhere nice to go to.”

He then went on to say that Black women can twerk at other places and that he doesn’t need the money, explaining in frustration, ?I want em to show respect for themselves for how they carry themselves here, so how can I tell the men to respect themselves and you guys are twerking glass here. If you want to do it, f*ck out of my restaurant.”

The situation became controversial as many criticized Kelley’s behavior. One Twitter user posted the restaurant’s dress code on social media, inferring how ridiculous the rules may seem about dictating things like bodysuits and ?casual headwear? such as du-rags and hair caps as prohibited. The list also includes ?no slides ? especially fuzzy ones? and ?no explicit words or visuals,” which Kelley seemed to have broken these rules with his frustrated profanity.

Oh he got the Cactus Club playbook.

That man said no Body Suits or swearing is this a restaurant or Little Flock Baptist Church …. pic.twitter.com/kOuA2JgbHY

Another Twitter user said, “I would NEVER go to True Kitchen (@TrueKK_) restaurant (Dallas, Texas) The owner Kevin Kelley talking to his customers like they are beneath him is disgusting. You want a certain kind of crowd: 1. Don?t play twerking music. 2. Put it in the policy. 3. Don?t be a misogynist.”

I would NEVER go to True Kitchen (@TrueKK_) restaurant (Dallas, Texas) The owner Kevin Kelley talking to his customers like they are beneath him is disgusting.

You want a certain kinda of crowd:
1. Don’t play twerking music.
2. Put it in the policy.
3. Don’t be a misogynist. pic.twitter.com/0YY1ZhN3bA

Kevin Kelley decided to respond on social media as well, to explain the full story and hopefully show a more humble side of himself. He explained along with video evidence to support his story, saying, “As this video shows you will see guests spoken to politely and literally begged to stop standing on our furniture and twerking. There are other videos that show much more of the behavior in the following videos but we do not want to embarrass the guests sitting at those tables.”

“Later, as another video shows, a customer stood on her seat, placed her hands against the glass windows and began to twerk. My immediate reaction was this woman could fall through this window and we could be the target of a lawsuit if she is injured,” and he continues to explain why his response was so agitated.

Nevertheless, people still aren’t having it. Another Twitter user posted the restaurant’s New Year’s Eve table prices, and I have to agree that they are a little ridiculous.