Menu
Follow us
Search
Menu
Search
In this May 9, 2016 file photo, North Korean leader Kim Jong Un listens during the party congress in Pyongyang, North Korea. Since North Korea’s latest nuclear test, Pyongyang and Seoul have been openly trading threats of decapitation strikes and annihilating capitals populated by millions of civilians. And the talk of how each side might throw that first pre-emptive punch has become more detailed than ever. (AP Photo/Wong Maye-E, File)

North Korea has released a threat through its state-run news agency KCNA that it will attack the U.S. by land, air, sea and under the sea if drills America is conducting in concert with South Korea threaten “the DPRK’s sovereignty and dignity even a bit.”

According to Reuters, the USS Carl Vinson, a Navy supercarrier with nuclear capability, was in South Korea seas as part of annual joint drills between the U.S. and South Korea. It was referred to as a “routine deployment” by its commander.

“While this is a routine deployment for the Carl Vinson strike group, really the centerpiece for us … is this exercise we’re doing with the ROK navy called ‘Foal Eagle’,” commander of the strike group Rear Admiral James W. Kilby said.

“If they infringe on the DPRK’s sovereignty and dignity even a bit, its army will launch merciless ultra-precision strikes from ground, air, sea and underwater,” the North Korea said through its state-run news source. “On March 11 alone, many enemy carrier-based aircraft flew along a course near territorial air and waters of the DPRK to stage drills of dropping bombs and making surprise attacks on the ground targets of its army.”

RELATED: Donald Trump just got a glowing endorsement from one of Kim Jong Un’s biggest supporters

The handling of this complicated geopolitical situation will be a test for President Trump, who has for years put in his two cents on Twitter.

More recently, Trump has urged China to take the lead on dealing with North Korea.

“China should solve that problem,” Trump has also said in the past. “And if they don’t solve the problem, we should make trade very difficult for China.” 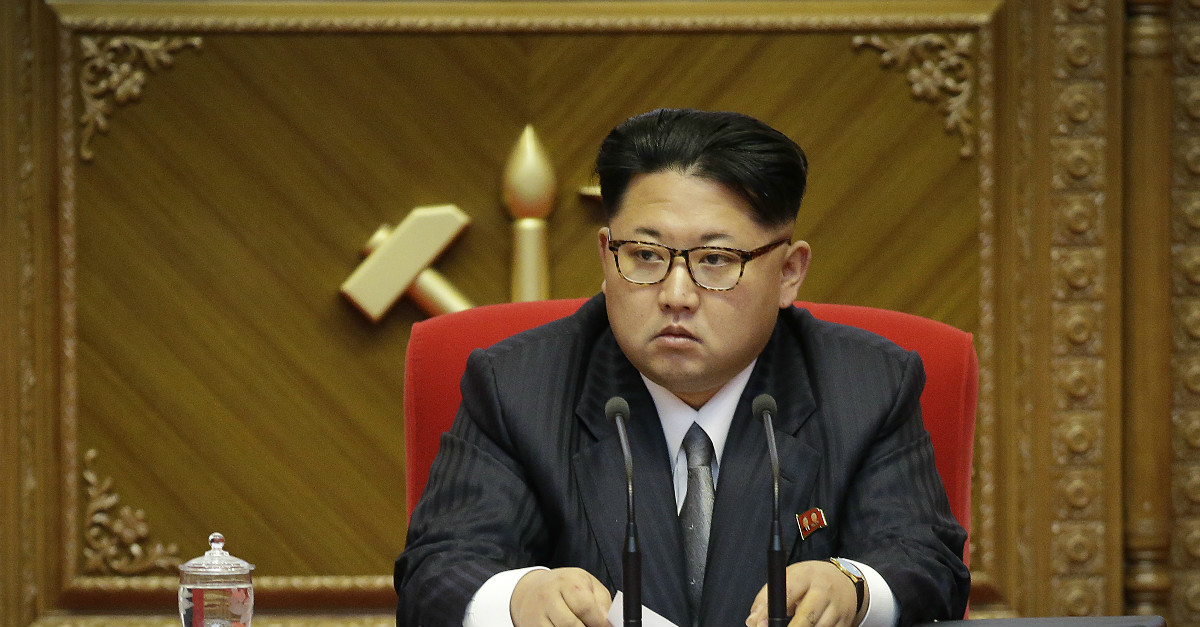