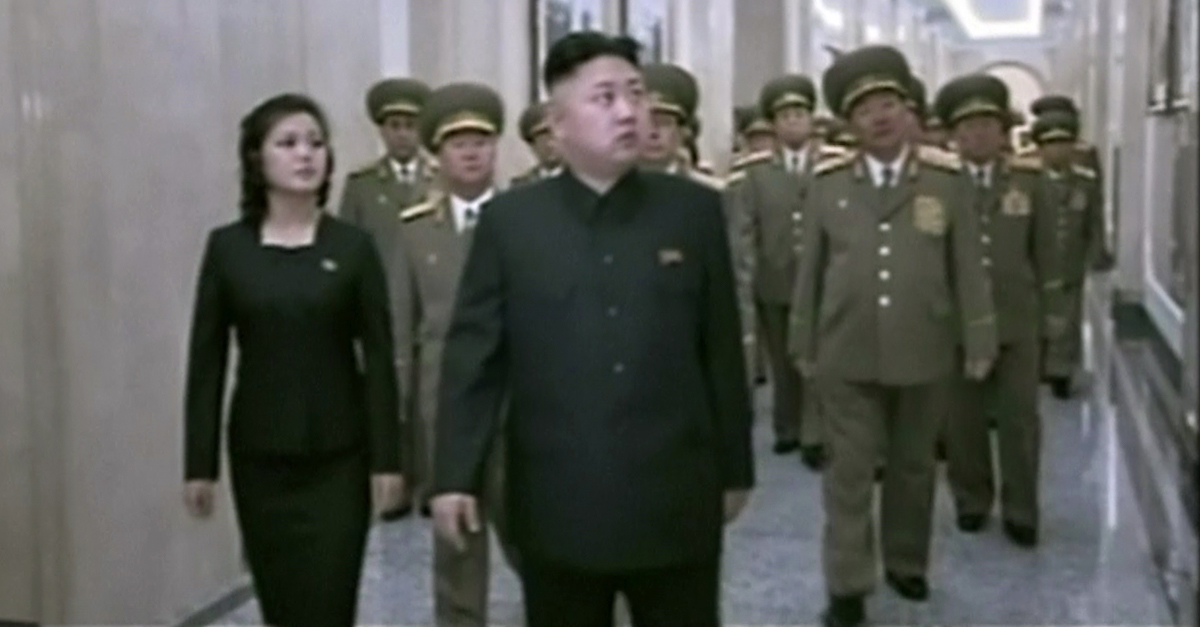 North Korean ruler Kim Jong-un and his wife Ri Sol-ju stepped out in public to visit the Pyongyang Cosmetic Factory to encourage women to be “more beautiful,” according to pictures released over the weekend.

The state-run Korean Central News Agency (KCNA) released photos of Kim Jong-un and his wife smiling at the factory. KCNA described Kim Jong-un as “very pleased” with what he saw there, while the Korea Herald reported that he wanted “cosmetics of good quality with world competitive power,” the International Business Times noted.

Kim Jong Un and his wife Ri Sol-ju take a public outing to a cosmetics factory in Pyongyanghttps://t.co/X4cBK1WeNA pic.twitter.com/rK3OshY2rx

“All the places of the factory are associated with the love for the people by Kim Jong-il who made efforts to provide them with more highly civilised living conditions, Kim Jong-un said, calling upon the officials and employees of the factory to produce more cosmetics of good quality with world competitive power and provide the people with them, always remembering on-the-spot instructions given by Kim Jong-il on the day,” said KCNA of the visit, according to news.au.com.

From Seoul on Saturday, Defense Secretary James Mattis said North Korea has engaged in “outlaw behavior,” under the rule of Kim Jong-un.

“North Korea has accelerated the threat that it poses to its neighbors and the world through its illegal and unnecessary missile and nuclear weapons programs,” he said. “I cannot imagine a condition under which the United States would accept North Korea as a nuclear power.”

Mattis followed this by saying that any attack on the U.S. or its allies, such as South Korea, will be met with an “effective and overwhelming” response.

“[M]ake no mistake — any attack on the United States or our allies will be defeated, and any use of nuclear weapons by the North will be met with a massive military response that is effective and overwhelming,” he said.