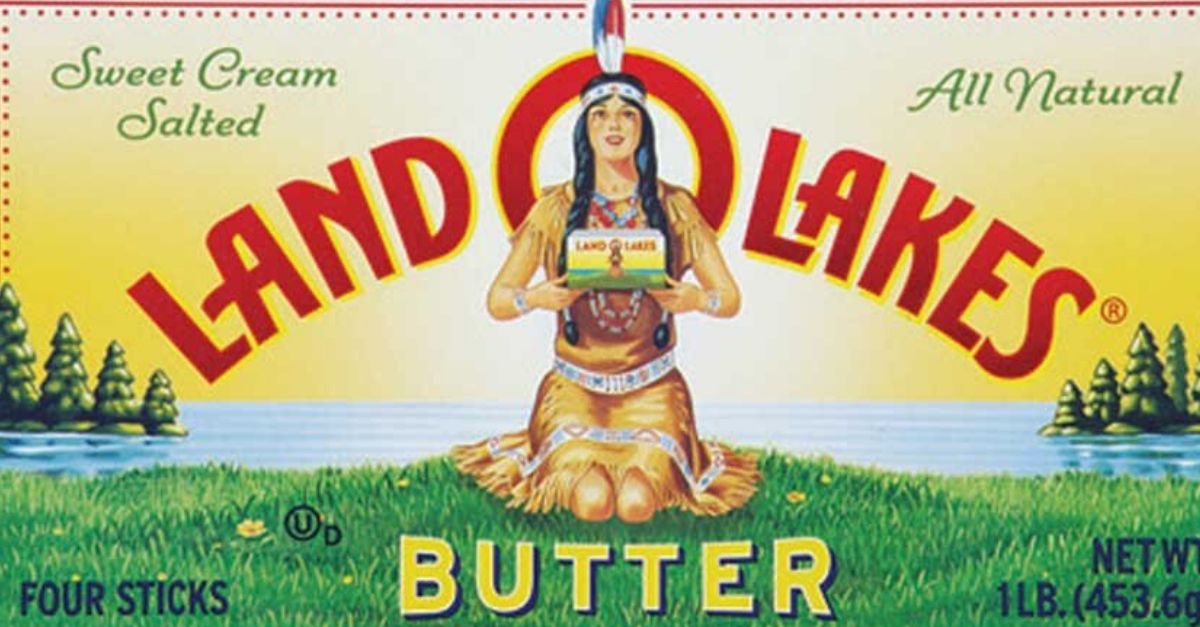 It looks like Land O’Lakes have decided to switch things up. After 92 years, the Minnesota based company has decided to remove the image of a Native American woman from their packaging. The woman is kneeled on a mound of grass and is holding a package of butter. The new package design now features ‘Farmer-Owned’ in large text, over their familiar background of green pine trees and a beautiful blue lake. Some butter packages show images of farmers standing in a field with the words, “Proud to be Farmer-Owned: As a farm owned co-op, we stand together to ring you the vest best in dairy.”

The change comes as many people have criticized the company for the image of the Native American woman, calling it culturally insensitive. According to North Dakota state Rep. Ruth Buffalo, the woman’s image was highly racist, and goes “hand-in-hand with human and sex trafficking of our women and girls.? by depicting Native women as sex objects.?

Through an interview with Huffington Post, Land O’Lakes President and CEO Beth Ford did note that the change has nothing to do with cultural sensitivity, and is not the motivation for the change in packaging. The original logo was painted back in 1928 and has been updated several times throughout the years.

Through a press release, Ford noted, ?as Land O?Lakes looks toward our 100th anniversary, we?ve recognized we need packaging that reflects the foundation and heart of our company culture?and nothing does that better than our farmer-owners whose milk is used to produce Land O?Lakes? dairy products?. Regardless of the exact reasoning, Buffalo did call the decision by the company a “good gesture and a step forward.”

Ford also stated that as a farmer-owned co-op, the company feels strongly about the need to better connect with both men and women who grow “our food” with those who consume it. Land O’Lakes will release the new packaging on several of its products with more designs coming in 2020 and will appear on products such as tubs of butter, stick butter, and deli cheeses.