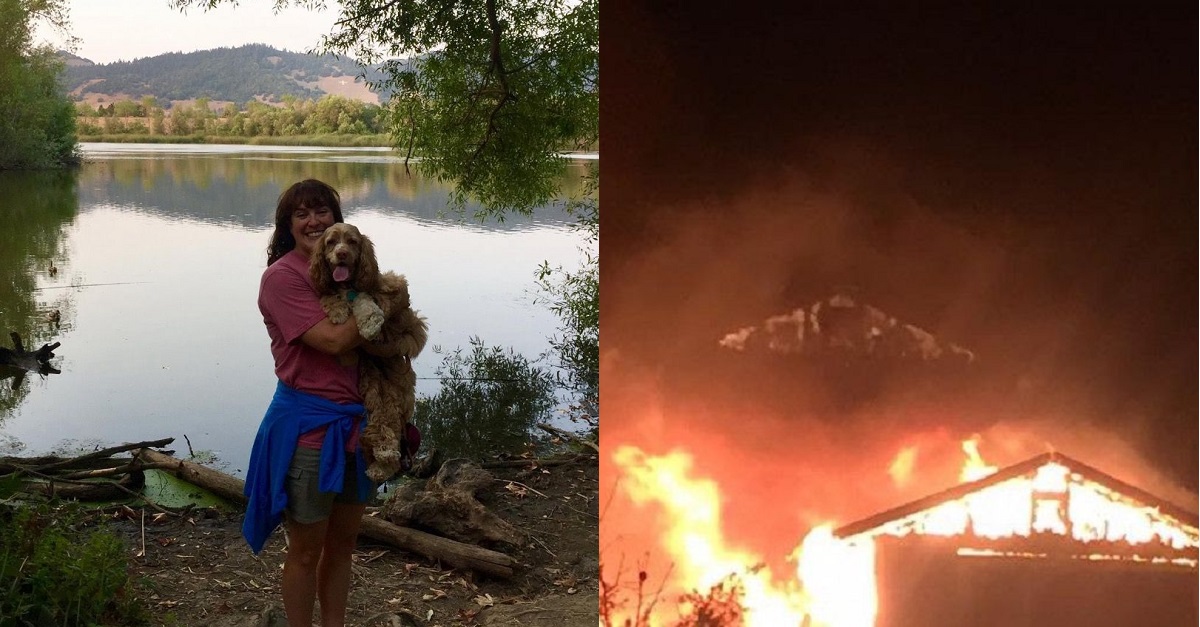 On Oct. 1, Flores, a flight attendant who works two jobs, was staying in the Hooters Hotel in Las Vegas between flights. She was there thanks to a discount they offered to flight crews.

RELATED: A puppy burrowed his way into a sofa and it saved his life during a house fire

A country music fan, she walked down the street to catch Jason Aldean’s set at the Route 91 Harvest Festival from outside the fence. She saw the set and the worst mass shooting in U.S. history, hiding in the lobby of a casino until the gunfire stopped.

Flores returned to the home of her parents in Santa Rosa, Calif. Flores works at the Santa Rosa airport as well, according to KTVU, and was staying with her parents, as she’s in the process of moving.

Flores, a former firefighter herself, helped firefighters battle the flames with a garden hose. She had to leave for a shift at the Oakland airport at 4 a.m. the next day. By the end of her shift, her parents’ home had burned to the ground.

“Almost everything I own is gone,” she says. “My bed, my bike, my clothes, my flight attendant uniforms.”

Though they escaped unharmed, her parents lost belongings too. They are living in the rental home Flores was preparing to move into, according to the Daily Mail.

The Flores family has set up a GoFundMe to raise money to rebuild their lives.