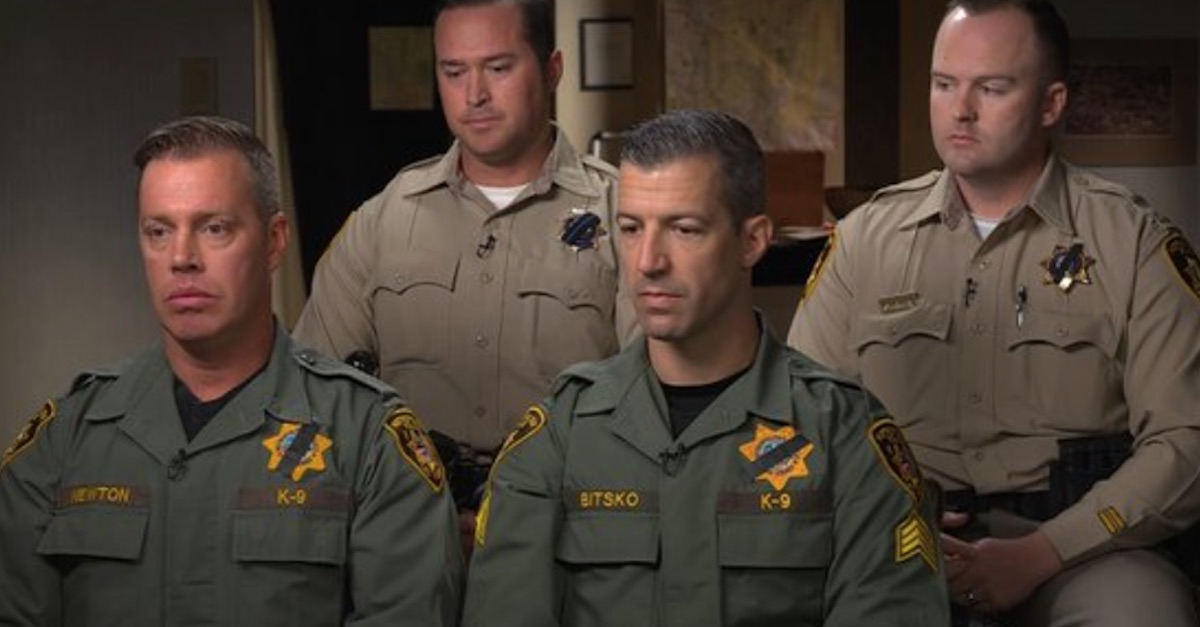 CNN and other news outlets are now reporting that the cryptic note left behind by mass murderer Stephen Paddock said to contain a puzzling series of numbers is now believed to be calculations of distance and trajectory from the 32nd-floor windows of the Mandalay Bay Hotel, which he used as a perch to fire on a crowd of thousands, kill 58 and wound hundreds.

CBS News’s “60 Minutes” also obtained the information from officers who were on the scene first, information that will air in full on Sunday night at 7 p.m. EST.

Officer Dave Newton of the Las Vegas Police Department’s K-9 unit said that he “could see on it he had written the distance, the elevation he was on, the drop of what his bullet was gonna be for the crowd.”

“So he had that written down and figured out so he would know where to shoot to hit his targets from there,” Newton added, illustrating just how pre-meditated Paddock’s assault truly was.

Newton also described what it was like after they breached the door of the hotel room and found Paddock dead from a self-inflicted gunshot wound.

“Very eerie. Yeah, the dust from the explosive breach. And, then you have the flashing lights,” he said. “And that looked straight, like, out of a movie, you know?”

Las Vegas Sheriff Joseph Lombardo has said that his officers and the FBI are currently following up on all leads.

We are “united in our resolve to end such evil in our time” – @VP Mike Pence after Unity Prayer Walk in #LasVegas https://t.co/Gc5NQ1tp9I