Adding to the chronicles of “how to lose weight with this one simple trick,” “Girls” actress and staunch Donald Trump opponent, Lena Dunham said during a Monday interview with Howard Stern that the election results have taken a physical toll on her body.

RELATED: Lena Dunham tells anti-Trumpers to change their tune in talking about the President

Stern complimented Dunham’s appearance and she replied that she hasn’t been able to eat since Trump was elected president, Entertainment Weekly reported.

“Donald Trump became president and I stopped being able to eat food,” she said. “Everyone’s been asking like, ‘What have you been doing?’ And I’m like, ‘Try soul-crushing pain and devastation and hopelessness and you, too, will lose weight.'”

Dunham in the last week also said that people insulting Trump’s appearance should stop because it’s playing the game by his rules.

President Trump has in the past called Dunham a “B-list actor with no mojo.”

Dunham told Stern that the way people discuss how Trump responds to what Hollywood celebrities say is problematic.

RELATED: Lena Dunham posts picture of herself on the crapper before declaring herself a feminist hero

Dunham is not the first celebrity to say that the election has affected them in a visceral way.

Actor James Franco said that he “spiraled into a depression” as a result. 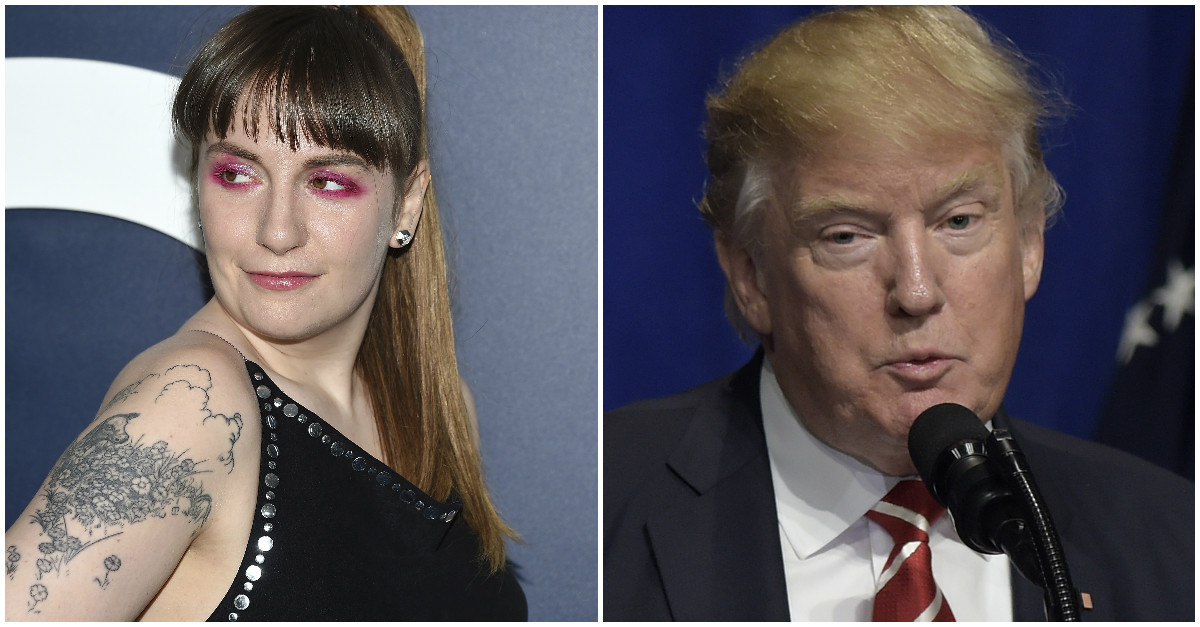